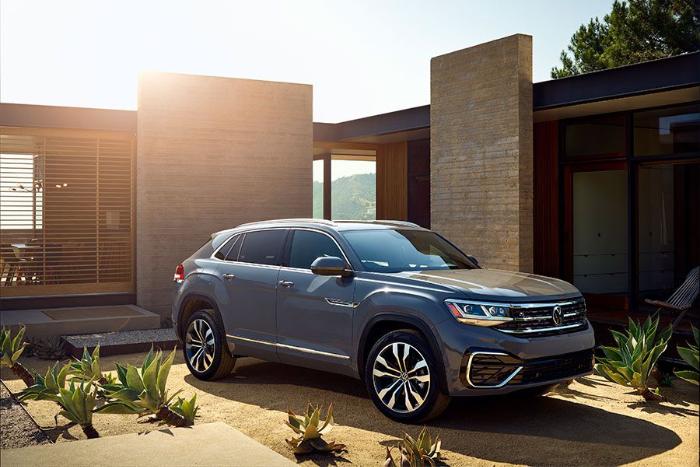 The all-new 2020 Atlas Cross Sport SUV represents a crucial play for Volkswagen, as the German automotive giant aims to carve out a large and profitable chunk in the vital five-seat SUV segment. With the launch of the Atlas Cross Sport, VW is also making a big move to maximize its considerable investment and commitment to the state of Tennessee.

Volkswagen took a wise path with the 2020 Atlas Cross Sport reveal, opting to debut the vehicle in the Chattanooga factory where it will roll off the same lines as the larger 3-row Atlas SUV and Passat sedan.

Dozens of automobile reveals happen each year at locations around the world, with most taking place at the major auto shows. With so much glitz and glamor at these events, each manufacturer’s message struggles to stand out from the barrage of competing reveals. It’s notoriously difficult to control the message in Geneva, Tokyo, or Detroit. 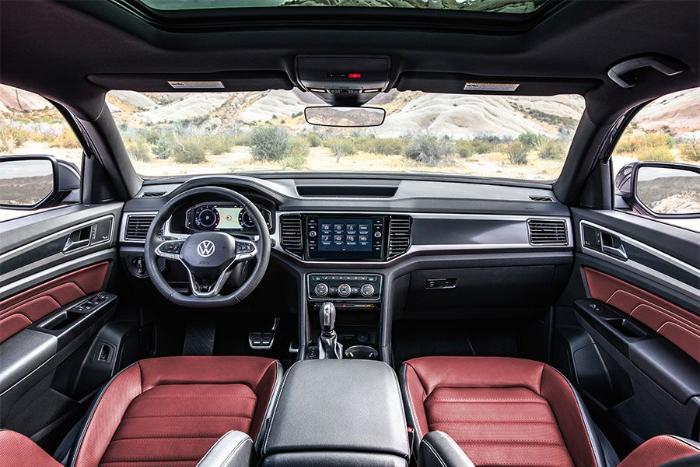 The five-seat Atlas Cross Sport is a massive two-row beast designed for the American market and built by American workers. It rides on the same underpinnings as its seven-seat sibling. While it’s 2.8 inches shorter, the Atlas Cross Sport's 117.3-inch wheelbase is identical to the three-row Atlas. Volkswagen says the Atlas Cross Sport is ideal for small and growing families and empty-nesters alike. Volkswagen sees the vehicle’s primary competition as the Ford Edge, Chevrolet Blazer, Nissan Murano, and Honda Passport. 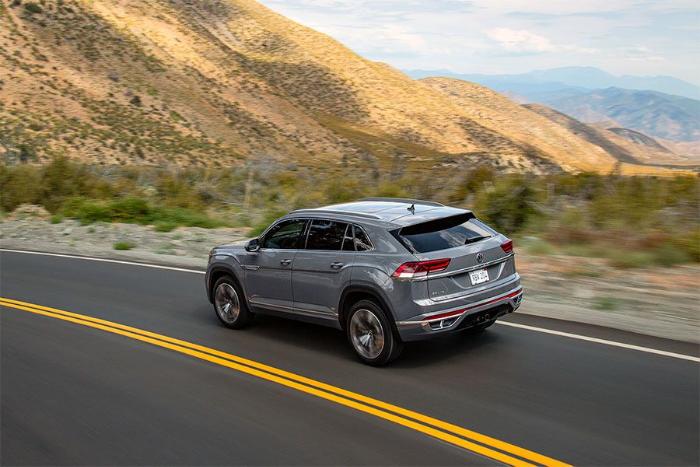 The Atlas Cross Sport features a sleek rear pillar and different front fascia that distinguishes it from the larger three-row Atlas. It rides lower as well, with a 2.3-inch drop. The Atlas Cross Sport R-Line gets fancy, with trim-specific bumpers, as well as chrome and black trim. Available 21-inch wheels complete the look, for folks that need to take that big and bold look to the next level.

The cabin is cavernous and well-appointed, with an abundance of room to stretch out. The interior provides 111.8 cubic feet of passenger space, with a whopping 40.4 inches of rear-seat legroom. Owners needn’t look for anything more substantial when the growth spurt hits. There’s plenty of cargo space as well, with 40.3 cubic feet behind the second-row seats and 77.8 cubic feet with the seats down. The gigantic rear hatch opening is well-suited for those big-box shopping sprees.

A full suite of driver assistance technology is offered, including Adaptive Cruise Control with Stop and Go and Park Distance Control. Traffic Jam Assist and Dynamic Road Sign Display make an appearance for the first time in the Atlas. In-cabin tech includes a Car-Net Hotspot that accommodates four devices and a Fender audio system. Everyone stays plugs in, except for the kid stuck sitting in the center seat.

There are two engine choices: a 276 horsepower (HP) naturally-aspirated V6 and a 235 HP turbocharged four-cylinder, in front-wheel-drive and 4Motion all-wheel-drive configurations. This marks the first time that 4Motion will be offered in the Atlas with the turbo four.

Volkswagen’s commitment to Tennessee is both impressive and inspiring, including an Academy that trains high-school students in state-of-the-art production technology. The company is investing $340 million in the Chattanooga Assembly Plant, bringing the company’s total stake in the facility past the $2.6 billion mark. VW plans to add an additional $800 million investment as the company enters electric vehicle production. It currently employs approximately 3,800 people in the area.