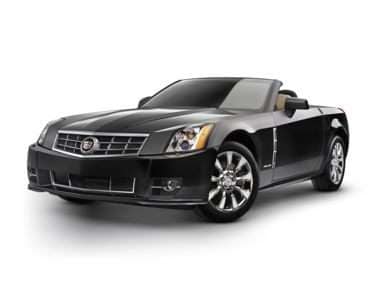 All About Cadillac XLR

The Cadillac XLR is a two-door, two passenger luxury roadster. When Cadillac began to re-align their marketing and designs to reflect a new emphasis on performance and youth, the company realized that in order to truly compete with the European luxury automakers they required a halo car. A halo car is a term used for a vehicle which sits at the top of the product lineup and which is positioned as the most desirable model that can be purchased from the company. Cadillac wanted their halo car to reflect the sporting heritage associated with the brand long before it had devolved into the plush, front-drive cruisers of the past few decades. In 2004, the Cadillac XLR roadster, based on the Corvette platform, was ushered into dealerships across the world as a high-powered two-door roadster.

For 2009, the XLR has been honed into a finely-tuned performance weapon, with a healthy amount of luxury added to the mix. Cadillac has made some adjustments to the retractable hardtop convertible in order to narrow the focus even further. There are now only two versions of the XLR offered for sale: The XLR Platinum and the XLR-V.

The XLR Platinum is positioned as an ultra-pampered, powerful cruiser loaded with amenities and features. Under the hood can be found the 4.6 liter version of Cadillac’s Northstar V8, and in the XLR it pumps out 320 horsepower and is matched with a 6-speed automatic transmission. From the outside, new 18-inch wheels, new front fenders and an aggressive hood help to differentiate the 2009 model from the 2008. The Platinum edition’s interior is wrapped in Alcantara, and the dashboard and trim have been updated. Heated and cooled seats, DVD navigation and a heads-up display which is projected onto the vehicle’s windshield round out the key interior features.

The XLR-V uses the same supercharged 4.4 liter Northstar V8 that can be found in the STS-V, and it is good for an astonishing 443 horsepower. Given that the transmission in the XLR is located in the rear of the vehicle, the weight balance maintains an almost even split, allowing for excellent poise during cornering. The magnetic ride control suspension and Stabilitrak stability control also help to keep the car manageable on even the most demanding roads.

The XLR-V can launch to 60 miles per hour from a standing start in under 5 seconds, placing it in the upper reaches of the full-size roadster spectrum. Performance is also complimented by technologies such as adaptive headlights, which follow the movements of the steering wheel, and adaptive cruise control, which uses radar to automatically adjust the speed of the XLR in order to keep a safe distance between the vehicle and traffic ahead.

The XLR is one of the best examples of how much Cadillac has changed over the past 10 years. While the previous roadster offered by the company, the Allante, was a sad compromise between performance and a soft, comfortable ride, the XLR-V is far more similar to the Corvette than it is to any Cadillac vehicle which has come before it. The XLR points in an exciting direction for the domestic luxury car maker.

The 2009 Cadillac XLR is available in two trim levels- the XLR-V and the Platinum. Both have extensive exterior remodeling for the current model year as well as a few cosmetic changes on the interior.**** Both the XLR-V and the Platinum have newly-designed front and rear ends in 2009. Each trim level has its own grille style and each has newly-designed fender vents to complement the new design. There are also new, 18” wheels for 2009. New exterior colors for both trims are Radiant Silver, Gray Flannel and Black Cherry.

The interior changes include an instrument panel that is wrapped in leather, wood trim details made from natural Olive Ash burl. There is also some Quartz trim metal inside. The latest Onstar system, 8.0, is included in the XLR, and it includes the Destination Download application that includes both eNav and the capability of connecting to Bluetooth phones. In addition to these high-tech gadgets, there is an iPod interface available as an option.

Cosmetically, there are a few other small additions. There are new trim rings around the instrument cluster and new graphics are included. There are new switches for the power windows that are more attractive and easier to use.

The XLR Platinum has a 4.6 liter, V8 Northstar engine with 320 horsepower. It has six-speed transmission that has been rear mounted as a part of one of the most technologically advanced power trains in the world. The XLR-V has a 4.4 liter, V8 Northstar engine with 443 horsepower and four valves for each cylinder. It has a supercharger compressor and a fuel injection system with multi-point injection. The fuel tank holds 15 gallons and the vehicle requires premium unleaded with a minimum of 91 octane. It comes standard with traction control, heated outside mirrors and a Parking Distance Control system.