After almost 20 years of faithful service, Cadillac's Northstar engine program will finally be taking its final curtain call, according to a report from Inside Line. Scheduled to end production by the middle of this summer, the Northstar has enjoyed a long and distinguished history as one of the most technologically advanced engine designs every produced by General Motors.

The Northstar first appeared on 1993 model year Cadillac vehicles, starting with the doomed Cadillac AllantÃ© roadster but eventually spreading to far more successful cars such as the Cadillac STS sedan and the Cadillac Eldorado coupe. The Northstar broke serious ground for Cadillac in the sense that it was the first overhead valve V-8 engine to be put into extensive use by the luxury brand, and with 32-valves and smooth, high-revving power it allowed Cadillac to finally compete with premium European brands.

Most editions of Northstar V-8 came exclusively in 4.6-liter trim and generated in the neighborhood of 300 horsepower. Several of Cadillac's most popular models, such as the 2006 and up Cadillac DTS were found with the original version of the motor, which was designed to be installed transversely in front-wheel drive applications. The LH2 edition of the Northstar V-8 was modified to fit into the rear-wheel drive platform used by the Cadillac XLR roadster, 2004 - 2009 Cadillac SRX crossover and the current version of the Cadillac STS sedan, and it gained an additional 20 horsepower despite retaining the same displacement.

In its final years, GM spread the Northstar love out amongst a few of its other divisions, most notably Buick, which saw the Buick Lucerne sedan receive both 275 and 292 horsepower versions of the motor. Even the Pontiac Bonneville GXP was briefly gifted with the additional oomph of this smooth eight-cylinder engine, leading some to speculate the GM might adopt the modern design as its universal performance option moving forward. However, with the success of its traditional pushrod engine designs when it came to generating huge horsepower numbers for the Cadillac CTS-V (which never received a Northstar variant), the Chevrolet Corvette and the Chevrolet Camaro, it became clear that the additional cost and complexity of the Northstar engine family steered it away from broader use.

As of now, GM is preferring to lean on the same basic small block design that has been in service for more than 50 years. While some might perceive this gap in the company's engine lineup to be a deficit when compared against Japanese and German competitors, the reality is that GM has several options available to it in order to help it stay on top of the high tech luxury car and crossover horsepower wars.

The recent decision to pursue turbocharging V-6 in the Cadillac SRX instead of dropping in a V-8 engine indicates that Cadillac could be aligning itself the growing movement across the industry that seeks to squeeze more miles per gallon from smaller displacement engines, while still generating good power thanks to forced induction. Cadillac also has its dormant Ultra V8 engine program that was initiated to produce a replacement for the Northstar and which has lain dormant for almost three years despite its success at generating a quiet and powerful eight-cylinder motor design. Either of these two paths would seem to be enough to ensure that Cadillac does not fall behind in terms of keeping up with the escalating power demands of premium car shoppers. 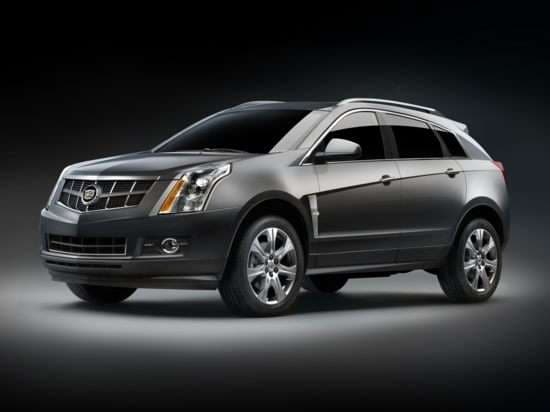