'Driven by Design' Tour Kicks off in Chicago

When it first launched the 2015 Cadillac Escalade a few months back, the brand put much emphasis on the architectural influences that went into its exterior design. For example, Martin Davis, manager of Exterior Lighting Design, noted that: "The 2015 Escalade's exterior light signature draws inspiration from a variety of sources, beginning with Cadillac's heritage of vertical exterior lamps and extending into architecture.

"Iconic buildings, like the Hearst Tower in New York City, were a big inspiration due to the interplay of glass and metal."

And now, to help solidify that connection a bit further, the Cadillac division is taking the new Escalade out on the road for a significant promotional effort with its partners at Architectural Digest. The "Driven by Design" tour began this month in Chicago and will continue on to visit New York (September 18-19), Dallas (October 10-11), Miami (November 7-8) and Los Angeles (November 14-15). Each location then will provide a showcase for each partners' individual area of expertise, as the invited guests will receive in-depth tours of multiple architectural spaces in their cities, as well as the chance to drive the 2015 Cadillac Escalade from landmark to landmark.

Said Giulio Capua, vice president and publisher of Architectural Digest: “We have long admired Cadillac's commitment to design and are thrilled to help the company underscore that commitment through the ‘Driven by Design’ tour. This will also give passionate design enthusiasts and key luminaries in our field the chance to see the best of Cadillac.”

One thing's for certain, they'll be seeing one of the brand's best sellers, at least in terms of growth: After the 2014 model dug itself into a -14.1 hole during the first four months of the year, with a one-month high point of 877 sales in April, the redesigned 2015 Cadillac Escalade hit the market in June and immediately reversed the tide. May brought a 61 percent spike in volume, on 1,664 units, while June saw the Escalade deliver 1,907 units and an 84.2 percent gain. And note, those numbers are just for the Escalade proper, without including the volume from the extended-length 2015 Cadillac Escalade ESV.

The biggest of the big Cadillac SUVs grew sales by 21.7 percent in May, reflecting 846 deliveries, then followed that up with a 58.6 percent jump, on 1,058 sales, in June. 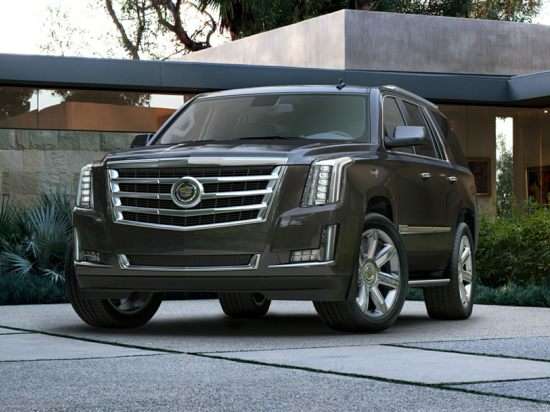