For today’s most athletic sport sedans—like the 2014 Cadillac CTS Vsport, due this fall—“raising the bar” isn’t quite as important as lowering their lap times, especially at the Nürburgring in Germany. After all, with the track packing more than 150 turns into nearly 13 miles of asphalt, it’s become a trial by fire for some of the world fastest cars. That’s where the 2014 Cadillac CTS Vsport recently burned a time of 8:14.10 into the ’Ring record books, slicing nearly six seconds from the mark set by the original Cadillac CTS-V in 2004.

Vital to that kind of velocity is the brand’s first Twin-Turbo engine, which lurks under the hood of the 2014 Cadillac CTS Vsport and squeezes 420 hp and 430 lb.-ft. of torque from its 3.6 liters of displacement. The first-generation Cadillac CTS-V, on the other hand, relied on a naturally aspirated 5.7-liter V8 that made a mere 400 horses and just 395 lb.-ft. of twisting power. Also helping matters are a notably lower curb weight for the 2014 Cadillac CTS Vsport, as well as 10 years worth of improvements to the brand’s magnetic ride control suspension technology. Many of them, of course, honed on the ’Ring.

“The Nürburgring’s extreme conditions allow us to push cars to the limits of stability, steering, braking, ride and handling,” said Dave Leone, CTS executive chief engineer, Performance luxury vehicles. “The new CTS models had a lot to live up to considering the nameplate’s history of outstanding performance, and we were not disappointed.”

Yes, the 2014 Cadillac CTS Vsport can post some pretty sweet lap times, but there’s even some green icing for the car’s performance cake: In addition to being faster than the original CTS-V, the new car also is more fuel efficient. Thus, the former is expected to receive EPA grades of 17 mpg city/25 mpg highway, while the latter topped out at 14/23.

In fact, the only feature that the pioneering CTS-V offered to enthusiasts that the 2014 Cadillac CTS Vsport won’t is a manual transmission. Of course, that’s actually par for the course in the Vsport’s segment, and the Cadillac’s eight-speed automatic does offer paddle-shifters, too.

It is worth noting, however, that the transmission didn’t seem to bother Kevin Zelenka when he was driving the 2014 Cadillac CTS Vsport to its blistering new ’Ring time. According to the Cadillac vehicle dynamics performance engineer, who piloted both the Vsport and regular model on the track: “The new CTS was an absolute riot to drive on the ’Ring. It’s more athletic and refined, and the Vsport proved extremely capable. If a car performs well on the Ring, it will perform well on any road in the world.”

And to be clear, the 2014 Cadillac CTS-V is still around to offer even more performance, thanks to a 556-hp supercharged V8 engine that allows drivers to lap the Nürburgring in under eight minutes flat. 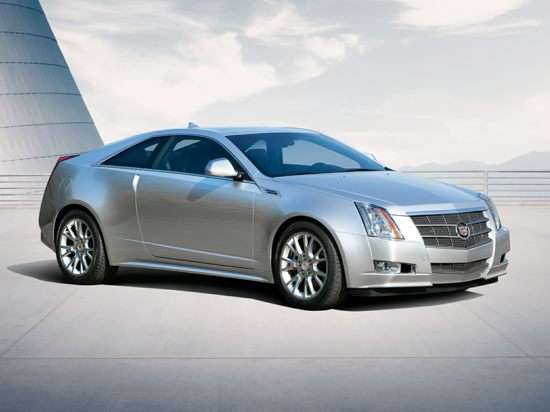