Dealers will offer just 500 units of the 2015 Cadillac CTS-V Coupe as part of the current generation's final production run, and you can be sure that enthusiasts will be sad to see it go. The car's racing rivals, on the other hand, probably couldn't be happier.

That's because while the 2015 Cadillac CTS-V Coupe was heading to dealerships, the CTS-V.R racecar was heading to the winner's circle to claim its third straight GT manufacturer's title in the Pirelli World Challenge series. Complementing that effort, Johnny O'Connell also captured his third driver's title in a row. The action took place earlier this month at Miller Motorsports Park in Toele, Utah, where O'Connell shared his victory with the entire Cadillac crew.

According to O'Connell: "I am just the quarterback. We have a whole team that makes this CTS.V.R go. If you don't have the whole package from the car to the crew to these great Pirelli tires you are just not going to win here. ... This [championship] is probably the most special of the three. We had to overcome a lot of obstacles this year and we did as a team. We did not make a mistake all season long."

Per Cadillac, "The next-generation V-Series models are in development and will premiere next year." 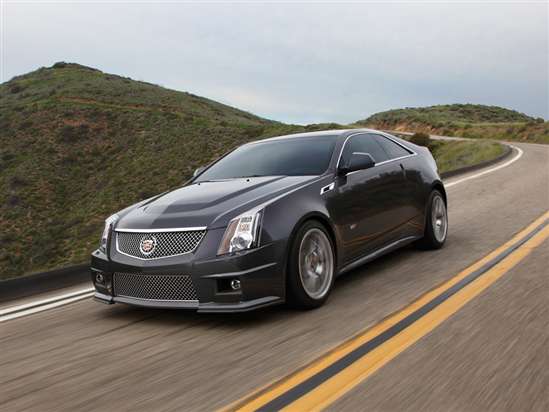