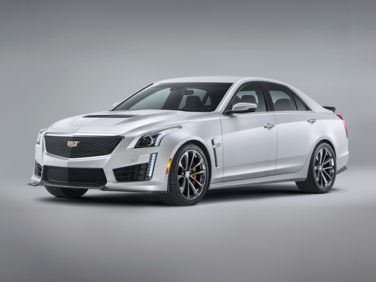 All About Cadillac CTS-V

While the Cadillac CTS is a pretty nice luxury vehicle, the CTS-V version definitely has a special edge. The Cadillac CTS-V is a performance version of Cadillac’s flagship midsize car. The sedan version premiered in 2004, and the sport wagon and coupe versions were released as 2011 models. The Cadillac CTS-V and its variants are build in a General Motors assembly plant in Michigan in the United States. It was designed to compete mainly with European luxury midsize vehicles.

Though the Cadillac CTS features a V6 engine, Cadillac engineers were able to use the same platform, somewhat modified, to support the CTS-V’s V8 powerplant for the first generation of the CTS-V. The engine bay was modified to fit the larger engine, and the CTS-V also received an upgrade over the base suspension components. The CTS-V featured brakes with Brembo calipers, aesthetic upgrades to differentiate it from the CTS, and overall higher performance. The V8 engine was borrowed from the Z06 Chevy Corvette. The 2004 and 2005 model years of the CTS-V had a 5.7-liter engine that yielded 400 horsepower; the 2006 and 2007 CTS-Vs received a 6.0-liter engine that produced the same horsepower but had a superior torque curve. Both engines were paired to a six-speed manual transmission (with no automatic transmission option available). The CTS-V had a 0-60 time of 4.6 seconds and a top speed of 163 miles per hour. This generation was in production from 2004 until 2007.

The second generation Cadillac CTS-V made its return in 2009. It shared its engine, a supercharged 6.2-liter V8, from the recently updated Chevrolet Corvette ZR1. This engine makes 556 horsepower, which is good for a 0-60 time of 3.9 seconds and a top speed of 198 miles per hour, earning the CTS-V the designation of the fastest production sedan in the world. The six-speed manual transmission is again standard equipment, but an automatic transmission option was added. The second generation CTS-V again shared its rear-wheel-drive platform with the base model CTS, although some modifications were needed again to make sure it was suitable for the higher power ratings. The platform got an upgraded suspension and automatically adjusted dampers that monitored conditions to increase responsiveness, handling, and cabin comfort. The Cadillac CTS-V Coupe premiered in 2010 at Detroit’s North American International Auto Show and debuted as a 2011 model year car. Other than the two-door body style, it has the same powertrain options and most of the same aesthetics and features as the sedan version. The CTS-V Sport Wagon made its auto show debut just two months after the coupe version, and also entered production in late 2010 to hit the streets as a 2011 model. This version of the Cadillac CTS-V shared the same powertrain and transmissions, retained the same styling, and offered the same features as the previous versions.