It looks like the 2013 Cadillac ATS is at it again. The lightweight sport sedan already has scored “Car of the Year” honors from Esquire magazine, the Motor Press Guild, Popular Mechanics and the Automobile Journalists Association of Canada, and now it’s claimed the title of Urban Car of the Year in the 2013 Urban Wheel Awards. Entering its 17th year, the annual recognition program was created to “celebrate diversity and inclusion in the automotive industry” and is now the “Official Multicultural Event of the North American International Auto Show” in Detroit.

Also, along with recognizing some of today’s top vehicles (see below), this year’s Urban Wheel Awards will be dedicated to “Honoring Women in the Automotive Industry” and celebrate Jenell Ross, president of Bob Ross Motor Cars, as Pioneer of the Year; long-time auto journalist Kathy Jackson as the recipient of the 2013 Lifetime Achievement Award; and Gail Martin, CEO of the Martin Management dealership group, as the African-American Dealer of the Year.

(To be clear here, although the 2013 Urban Wheel Award winners were recently announced, the gala celebration itself will be held on Jan. 13, 2013, at the Motor City Casino Hotel, in conjunction with the Detroit auto show. Tickets for the Urban Wheels event were still available when this was written; for more info: www.UrbanWheelAwards.com.)

The ATS also is the rare vehicle to have earned perfect grades in all phases of the government’s five-star crash-test evaluations. You see, the National Highway Traffic Safety Administration (NHTSA) rating system actually allows vehicles to earn overall five-star scores even if they achieve four-star ratings on some of the individual tests; that wasn’t an issue for the ATS, however, since it not only garnered the best possible results in all NHTSA testing regimens, it also did so in both rear- and all-wheel-drive configurations.

Much like the 2013 Cadillac ATS, the 2013 RAM 1500 has been quickly racking up the rewards since its recent launch. The new Ram, boasting the first eight-speed automatic transmission in the segment, also is this year’s Motor Trend Truck of the Year, took home top honors (and three awards) at the 2013 Texas Truck Rodeo, and received a Best Buy Award from Consumers Guide.

In praising the 2013 Ram 1500 for the Urban Wheel Awards, juror and journalist Tamara Warren reported that: “The 1500 is still a big gun on the outside, even while it’s both leaner in appearance and more aerodynamic. There’s plenty under the hood, yet it’s amazingly quiet. Further, the Ram rides and drives like a comfortable sedan.”

And it was another multi-award-winning model that snagged the Urban Green Vehicle of the Year prize, in this case the 2013 Tesla Model S. Also chosen as Green Car of the Year by Green Car Reports and named Automobile Magazine Car of the Year, the Model S combines a flowing, sensuous exterior with a high-tech cabin and advanced electric propulsion system to deliver a premium driving experience—without requiring an ounce of gas.

The bottom line from Kimatni Rawlins, Urban Wheel juror and Automotive Rhythms writer:“The Model S redefines electric mobility. Range anxiety is virtually eliminated with this electric car's ability to travel 300 miles on a single charge. Speed is part of the equation too—the Model S is capable of running from 0-60 mph in 4.6 seconds.”

(Actually, Tesla claims the Model S Performance configuration can do that dash in 4.4 seconds, but the discrepancy here isn’t worth getting too tense over.) 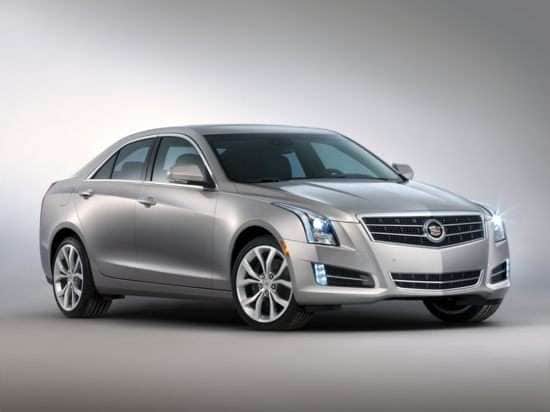