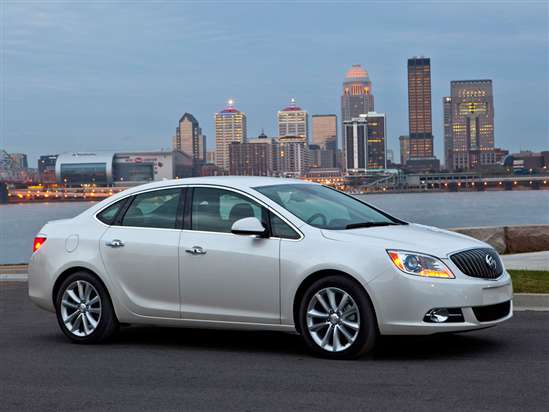 Changes for the 2014 Buick Verano:

Stepping up to the Convenience Group provides a power driver’s seat, heated front seats, heated exterior mirrors, and parking assist sensors. New for 2014, a Forward Collision Alert system and a Lane Departure Warning system are included with this upgrade, along with Rear Cross Traffic Alert and Side Blind Zone Alert technologies.

The National Highway Traffic Safety Administration (NHTSA) has given the 2014 Verano a 5-star overall crash-test rating, but as this summary is written, the Insurance Institute for Highway Safety (IIHS) has not formally rated the 2014 Verano. Last year, the Verano was named a “Top Safety Pick,” though it had not been assessed in the tough new small overlap frontal impact test.