Well, it looks like customers will have to pay a fairly steep bonus to get boosted in the 2013 Buick Verano Turbo. The premium compact sedan will open at $29,105 when it reaches the market this fall, and that’s before an $885 destination charge. The numbers represent a $6,520 increase over the 2012 Verano proper and even $2,050 more than the larger 2012 Buick Regal (prices for the 2013 models of the latter two have yet to be revealed).

On the other hand, there is reason to believe the more vivacious Verano is worth the added cost for its turbocharged 2.0-liter I4 engine: The price differential between the entry model and the Turbo is about 29 percent, but drivers will benefit from 39 percent more horsepower and 52 percent more torque, for a total of 250 of the former and 260 of the latter. That's some serious punch, especially if you consider that the Verano Turbo weighs roughly 3,300 lbs., and the results are eye-opening. Compared to the Lexus IS250—a top rival for the Verano Turbo—the Buick is almost $4,700 less expensive, packs an extra 46 hp/75 lb.-ft. of torque, and is 1.7 seconds faster when going from 0-60—which it accomplishes in just 6.2 seconds.


The Buick is more fuel-efficient than the little Lexus, too. The EPA has certified the Verano Turbo at 20 mpg city/31 mpg highway/24 mpg combined with its six-speed manual gearbox, while a similarly transmissioned IS250 is graded at 19/28/22. (Note: The Verano's standard transmission is a six-speed automatic that has yet to be rated by the EPA; the DIY transmission is a no-cost option.)

Along with a new powertrain, updates to the 2013 Buick Verano nclude:

Also available, as options, are a power sunroof and navigation system

"Buick Verano continues to build momentum in the marketplace with eight straight months of sales increases since launch," according to Tony DiSalle, vice president of Buick Marketing. "The new Verano Turbo increases the performance of an already capable luxury sedan while continuing to offer customers the smart, purposeful technology they expect." 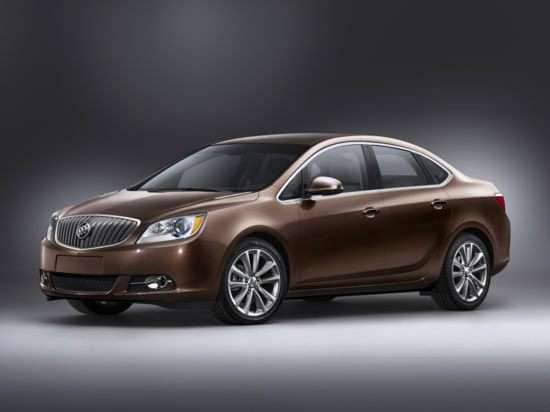