The all-new 2012 Buick Verano will be on sale in the short-term future, and there’s been much buzz about the car, as well as what it means for both Buick and GM. After all, there’s a reason that there aren’t a lot of premium compacts on the market, and even fewer from the mainstream automakers: The very concept remains a hard sell for U.S. customers, many of whom, I’m sure, consider “premium compact” to be an oxymoron.

But General Motors has put the Verano in about as good of a pre-launch position as possible, which includes making an impressive—and so far successful—effort to pre-emptively beat down any potential cries of badge engineering. Yes, the Buick rides on the same platform as the Chevy Cruze, but that’s a simple result of the industry trend toward using global platforms for multiple vehicles, and no one is likely to confuse the Cruze with its upscale cousin, or vice versa. Further, the Verano appears to be a fairly well-buttoned-down piece of work—certainly enough so to avoid media complaints about quality in the run up to the vehicle’s launch.

Another important factor in preparing the ground for a successful Verano debut is that the Buick brand is maintaining enough apparent sales momentum, and garnering enough in the way of positive press, to ensure it’s already on the consideration lists of a growing number of customers.

Still, if you want to guess how the Verano will do in the marketplace, you could do worse than looking at the performance of another car from the brand that is blazing the same sort of trail: The Buick Regal.

Despite stumbling in September, when it endured a 7 percent sales slide, Buick is comfortably in the black on a year-to-date basis. The division’s sales are up 19.9 percent, which is nearly double the industry’s YTD performance, and right in line with brands like the Nissan division, which is up 17.7 percent on the year, and Hyundai, a 20.5 percent gainer. Buick also is No. 2 among the GM foursome, trailing only GMC—no surprise there, considering the recent surge in truck demand.

However, looking at the Buick sales breakout by model puts a different spin on things. Excepting the Regal, which is only now in its first full year on the market, all Buick products lost ground in October, and the vehicles’ year-to-date numbers aren’t much better. The Buick Enclave is managing to keep its head above water—but not above the overall industry’s performance—with an 8.7 percent gain through the end of October, but the Buick LaCrosse and Buick Lucerne stand at -5.5 percent and -15.7 percent, respectively.

This year’s difference-maker for Buick has clearly been the Regal, but because the car was just ramping up in 2010, its year-over-year increase of 379.4 percent in October is irrelevant. A better gauge of how the Regal is doing comes from comparing its sales volume to that of its competitors, which, per Buick, are cars such as the Acura TSX and Volvo S60, with the likes of the Audi A4, Lexus IS and Infiniti G brought into the mix when looking at the Regal GS.

Against these players, the Buick’s October sales of 2,281 units is on the low end of the comparo spectrum—as rough as it is—with only the S60 making fewer deliveries in October: Volume for the Japanese models ranged from 2,640 to 2,986 units, with the Audi scoring 2,610 sales; the naughty Volvo rang up 1,746 sales.

Odder things have happened, but based on that kind of sales environment, I’m not seeing much more in the way of significant growth for the Regal—not because there’s anything wrong with the car, but just because the niche it’s working doesn’t seem capable of supporting an entry worth more than 3,000 monthly sales.

The canny automotive observer might notice something odd about the above analysis. Of those listed Regal rivals, the longest is the TSX, which is 185.6 inches long. The A4 is pretty close to that mark, at 185.2 inches, and the other three are as follows: the G sedan is 183.1 inches, the Volvo is 182.2 inches and the IS is a bare 180.3 inches. The Regal? 190.2 inches. If we use the specs from mainstream segments as our guide, we can see that Buick already has positioned the mid-size Regal to compete against the premium compact crew.

For the Verano, Buick also mentions the IS as a possible rival, but the other name most often floated by the GM camp is the Audi A3: A vehicle that is more than a foot shorter than the Verano’s 183.9 inches in length. As far as I’ve seen, Buick has made no pretense of the Verano competing against vehicles of its own size.

Now, this way of comparing its own cars with rivals from a smaller segment is a traditional tactic of GM’s on the lux side of the business, with the Cadillac CTS making for a stellar example. The CTS was originally aimed at the BMW 3 Series, though it’s more than a foot longer than the Bavarian. It’s taken about a decade for Cadillac to be even close to premiering a vehicle that’s the same size as the 3 Series, which will be the coming Cadillac ATS, another premium compact entry.

I think it causes a bit of a problem for Cadillac, since extra size (and weight) aren’t necessarily a benefit for someone cross-shopping the 3 Series and the CTS.

The Right Approach to “Approachable Luxury”

The Right Approach to “Approachable Luxury”

On the other hand, the customers Buick is targeting with its “approachable luxury” positioning are different. I’m betting they’re a lot more likely to be impressed with the fact that Buick gives them more car than is offered by the so-called competition, but at the same (or lower) MSRP. Consider: The least expensive of the listed premium compacts is the TSX, which offers a base model at $29,810, while the others start north of $30,000. A Buick customer who is looking for a similarly sized car can choose the Verano, and that starts at just $22,585; conversely, for a buyer who is specifically looking for a car in that higher price range, Buick offers the Regal, which is a significantly larger vehicle (that still often undercuts the cost of the smaller competition).

And while highlighting a value advantage in this way can be tricky for a true premium brand—which has to promote at least the perception that its customers care more about quality and luxury than price—that’s something Buick doesn’t have to worry about so much, because of the existence of Cadillac.

It’s sounds like ye olde win-win outcome for the Verano—as long as “winning” is defined as a couple thousand sales a month. 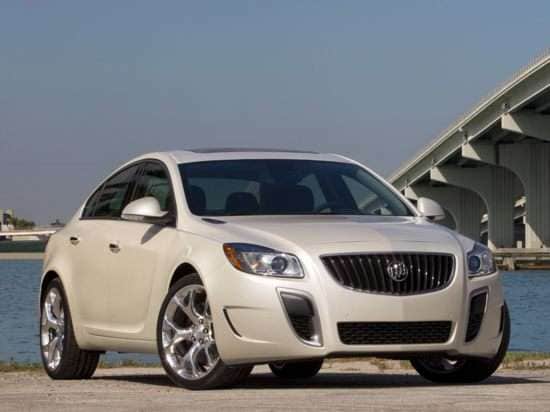 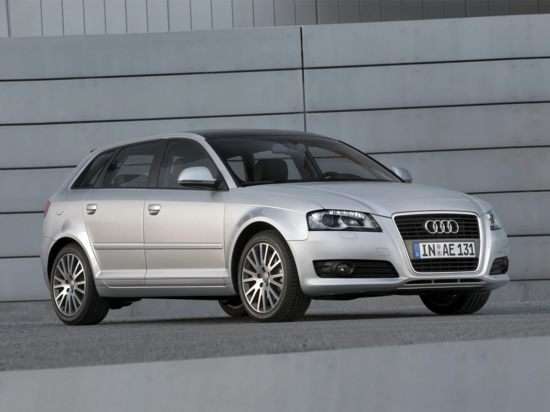