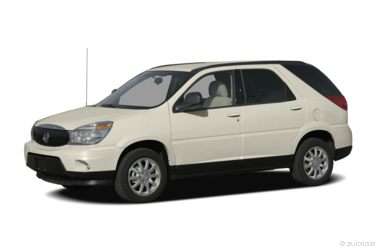 All About Buick Rendezvous

The Buick Rendezvous is a midsize SUV crossover that was first introduced for the 2002 model year. After six years of production, the Rendezvous was discontinued following the 2007 model year. Buick positioned the SUV as an on-road luxury vehicle that was intended to compete with the Acura MDX, Mercury Mountaineer, Lexus RX 300 and other upscale SUVs.

The Rendezvous was built on the GM U-body platform, making it structurally similar to the Chevrolet Uplander, Pontiac Montana, Pontiac Aztek, Buick Terraza and Saturn Relay. The exterior of the vehicle pulled design cues from SUVs, minivans and luxury sedans. The result was intended to appeal to upper-middle class families who needed the roominess of an SUV without the necessity for off-road performance.

Inside, the Rendezvous could accommodate five to seven passengers depending on the particular model's seating configuration. Interior design skewed towards luxury, but failed to match the accoutrements of elegance found in traditional luxury vehicles produced by Lexus and other manufacturers.

All Buick Rendezvous models came with a 4-speed automatic transmission. EPA-estimated fuel efficiency for the CX and CXL was 18 mpg in the city and 24 mpg on the highway. Other available performance features included traction control and a load-leveling suspension.

Available standard safety features on the Rendezvous included dual front airbags, 4-wheel antilock brakes, daytime running lights and rear obstacle detection. Front side airbags were available as an optional upgrade. In crash tests performed by the NHTSA, the Buick Rendezvous received a perfect 5-star rating in the categories of driver side impact and rear passenger side impact. A 3-star rating was awarded for driver front impact and a 4-star rating was handed down for passenger front impact.

2007 Buick Rendezvous specifications are as follows: