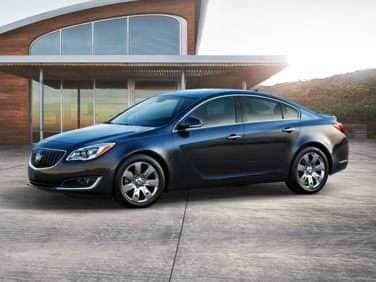 All About Buick Regal

The Buick Regal is a 4-door sedan that was manufactured from 1973 through 2004. Originally designed as a luxury coupe, changes over the years repositioned the vehicle as a mid-level family car. The vehicle went through four generations of body styles, with the final Buick Regal design debuting for the 1997 model year. Situated in the mid-size sedan class, the Buick Regal competed for market share with such vehicles as the Honda Accord, Toyota Camry and Ford Taurus.

The fourth and final generation of the Buick Regal was slightly larger than the previous design. Overall dimensions include a length of 196.2 inches, width of 72.7 inches and height of 56.6 inches. The vehicle shared numerous similarities with another mid-size stable mate, the Buick Century. Both sedans were built on the W-body platform, which was also used on GM vehicles such as the Chevrolet Impala, Chevrolet Lumina, Chevrolet Monte Carlo, Oldsmobile Cutlass Supreme, Oldsmobile Intrigue and Pontiac Grand Prix.

The Regal was longer than the Buick Century and marketed as a sportier, more upscale mid-size option. Inside, the vehicle's roomy interior made the Regal a popular choice for American families. User-friendly controls and gauges made driving the Regal a straightforward endeavor. Fake wood accents were intended to give the interior of the vehicle a touch of class.

Prior to discontinuation, the Buick Regal was available in two trim levels – LS and GS. A mid-level LSE trim was also available for the 2000 model year. The base LS model came pleasantly equipped with features such as full power accessories, stereo system with CD player, keyless entry, air conditioning and cruise control. The upscale GS model offered such upgrades as dual climate control, leather seats and a trip computer.

Safety features offered on the Buick Regal include 4-wheel disc brakes with two ventilated discs, daytime running lights and front airbags. In NHTSA government crash tests, the Buick Regal earned a 4-star rating (out of 5 stars) in the category of driver's side frontal impact. In all other categories, the sedan earned a meager three stars.

In relation to other mid-size sedans, the Buick Regal retains a low retsale value. Estimated purchase prices for a used 2004 Buick Regal range between $9,500 and $11,000 depending on condition and trim level. Potential trouble spots that have been identified in used Buick Regals include coolant leaks, engine misfires, engine noise, overheating, vehicle shake and minor wiper malfunction.