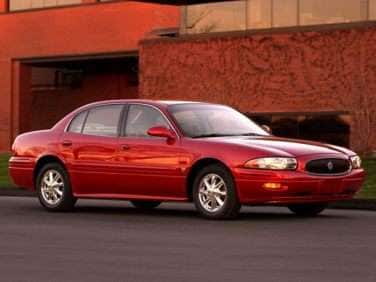 All About Buick LeSabre

The Buick LeSabre is a sedan that originally debuted in 1959. The vehicle was discontinued following the 2005 model year and replaced by the Buick Lucerne. During its 46-year run, the LeSabre went through eight generations of design. Classified as a full-size sedan, the LeSabre competed directly with vehicles such as the Mercury Montego, Dodge Magnum and Chrysler 300.

The final Buick LeSabre design, which debuted for the 2000 model year, featured more compact dimensions and a slightly larger interior cabin. Overall dimensions include a length of 200.0 inches, width of 73.5 inches and height of 57.0 inches. The LeSabre was built on the GM H-body platform, which has also been used for the Pontiac Bonneville and Oldsmobile Aurora.

On the inside, the Buick LeSabre was one of only a handful of cars to feature front and rear bench seats. This layout allowed up to six passengers to fit inside the full-size sedan. The dashboard was dominated by straightforward, simple controls. Maximum front passenger headroom and legroom came in at 38.8 inches and 43.4 inches, respectively. Rear proportions were slightly smaller, with 37.8 inches of headroom available and 39.9 inches of maximum legroom. A large trunk offered a total cargo area of 18.0 cubic feet.

The Buick LeSabre featured one engine option – a 3.8-liter V6 engine that delivered 205 horsepower at 5,200 rpm and 230 lb-ft. of torque. A standard 4-speed automatic provided EPA-estimated fuel efficiency of 20 mpg in the city and 29 mpg on the highway. A Gran Touring package was available as an optional upgrade and included performance-oriented features such as tuned axle ratio, sport suspension and rear stabilizer bar.

Both Buick LeSabre trims came standard with dual front airbags, 4-wheel antilock disc brakes, daytime running lights and emergency inside trunk release. The Limited trim also featured traction control, front side airbags and a tire pressure monitor. An antiskid system was also available as an available upgrade. The LeSabre performed fairly well in NHTSA crash tests, earning a perfect 5-star rating in the category of passenger front impact. In all other categories, the sedan was awarded a 4-star rating.