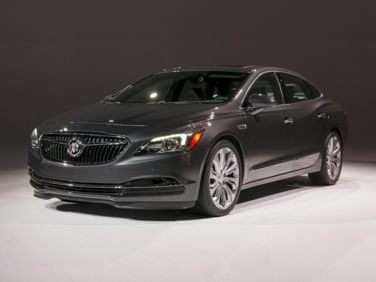 All About Buick LaCrosse

The Buick LaCrosse is a four-door, up to six passenger front-wheel drive luxury sedan. The Buick LaCrosse is a carryover from 2008. There are three different trim levels that can be ordered on the 2009 LaCrosse. The CX and the CXL make use of a 3.8 liter V6 engine that produces 200 horsepower and 230 lb-ft of torque. A 4-speed automatic transmission sends that power to the front wheels, and the engine turns in fuel economy of 17 miles per gallon in the city and 28 miles per gallon on the highway. The LaCrosse Super provides a 5.3 liter V8 engine that bumps production up to 300 horses and 323 lb-ft of torque. The same 4-speed automatic transmission is employed to handle gearshifts, and the V8 shows fuel mileage numbers of 16 miles per gallon around town and 24 miles per gallon in highway cruising.

The Buick LaCrosse first made its appearance in 2005 coming out as a replacement for the previous Regal and Century cars. It is a mid-size sedan with front-wheel drive, four doors, and it seats up to six passengers.

The Buick LaCrosse is offered in four trims, the CX, CXL, CXS and the Super. The CX comes with some basics like a six-speaker CD player , 6 inch wheels, power driver seat with memory, dual-zone automatic climate control and OnStar. When you move up to the CXL, there is a more luxurious interior with heated leather seats, automatic climate control, and a more expensive trim. The CXS offers more power, alloy wheels, a quick steering ration and a sportier suspension system. Then comes the Super, which offers a sport suspension consisting of larger tires and brakes, a dual exhaust system and more distinctive front and rear styling.

Under the hood of the CX and the CXL, is a 3.8 L V6 engine offering 200 horsepower. The CXS has more power with its 3.6 L DOHC V6 engine that offers 240 horsepower. With the Super, comes a 5.3 L V8 offering a whole lot more motivation with 300 horsepower on tap. Regardless of the trim, all four come standard with a four-speed automatic transmission. It offers decent fuel mileage but not top of the class when compared to the latest figures of other vehicles. The LaCrosse CX and CXL have an EPA rating of 17 miles per gallon in the city and 28 miles per gallon on the highway. The CXS is rated at 17 mpg for the city and 25 mpg for the highway. The Super rates 16 mpg in the city and 24 mpg on the highway.

For traveling or hauling gear around the Buick LaCrosse has a 16 cubic foot trunk with loads of extra storage space. The back seat is a little tight for accommodating full size adults on long trips but is fine for those riding up front. It's also a little low for the six foot passengers in your group. It does offer a comfortable and smooth ride where you won’t notice the small bumps and dips in the road – which you’d expect from any mid-size sedan. The car also offers Quiet Tuning technology, which reduces noise by using a laminated windshield and side windows, along with special resonators.

Safety features haven’t been skimped on the 2008 Buick LaCrosse. There are standard full-length side curtain airbags, anti-lock disc brakes, traction control and the OnStar communication system. The CXS and Super also get a stability control system, which is optional on the CXL. The Buick LaCrosse received a five star rating from the National Highway Traffic Safety Administration (NHTSA) for the driver and front-passenger protection tests. However, for the side impact tests, the vehicle only received a three star rating for the front passenger.