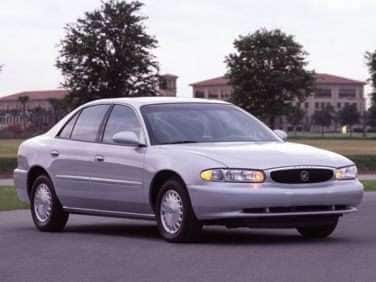 All About Buick Century

The Buick Century is a model name that has been used at various times throughout Buick's history. Originally introduced as a full-size sedan, previous Century models were manufactured from 1936 to 1942 and 1954 to 1958. More recently, the Buick Century is a mid-size sedan that enjoyed a production run from 1973 through the 2005 model year During this time, the Century went through four generations of body design and competed with such competitor vehicles as the Nissan Altima, Kia Optima and Toyota Camry.

The most recent 4th-generation Buick Century, which debuted for the 1997 model year, featured a completely new design over previous models. The new design deliberately avoided a trendy design, with GM designers instead seeking a classic, timeless appeal. The Buick Century shared an almost identical and cosmetic design as the sportier Buick Regal. This includes a skeleton built on the GM W-body platform, which has also been used for the Chevrolet Impala, Chevrolet Monte Carlo, Chevrolet Lumina, Oldsmobile Intrigue and Pontiac Grand Prix. The Buick Century only differed from the Buick Regal in engine performance and trim levels. The Century was positioned by Buick as a more affordable stripped-down version of the feature-rich Regal. Overall dimensions of the final Buick Century design were larger than previous models, with a total length of 194.6 inches, width of 72.7 inches and height of 56.6 inches. Unlike previous Century models, only a 4-door sedan body design was available from 1997 to 2005. In past iterations, a 2-door coupe and 4-door wagon design were also available.

All Buick Century trims came standard with a 3.1 liter V6 engine that delivered 175 horsepower and 195 lb-ft. of torque. Buick offered no available engine upgrades. All models also featured a 4-speed automatic transmission that provided EPA-estimated fuel efficiency of 20 mpg in the city and 30 mpg on the highway.

Buick Century standard safety features include dual front airbags, 4-wheel disc brakes and daytime running lights. The Special Edition trim also adds traction control and antilock brakes. A driver's side airbag was available as an optional upgrade on the Limited trim. In NHTSA crash tests, the Buick Century earned four out of five stars in the categories of driver front impact and rollover resistance. In all other categories, the sedan earned a 3-star rating.