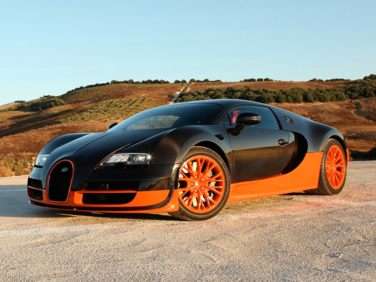 All About Bugatti Veyron

A French car company with an Italian name, currently owned by a German conglomerate (Volkswagen), Ettore Arco Isidoro Bugatti founded Automobiles Ettore Bugatti in 1909. Among the world’s most desirable cars of his time, Bugatti’s automobiles were known both for their high level of engineering and for their stunningly beautiful designs.

Romano Artioli, an Italian industrialist, revived the marque in 1987 as Bugatti Automobili SpA. A new factory was built and the resulting car was the 1991 Bugatti EB110 GT. Producing 553 horsepower from a 3.5-liter quad turbo V12, the all-wheel drive supercar was capable of 213 miles per hour.

This car was the forerunner to today’s Bugatti Veyron, the fastest series production car the world has ever known. The car is named in honor of Pierre Veyron, who won the 24 Hours of Le Mans at the wheel of a Bugatti automobile in 1939. Veyron was also a development engineer and a test driver for the company.

In 1998, Volkswagen acquired the Bugatti brand name, established Bugatti Automobiles S.A.S., and proceeded to build the fastest series production supercar the world has ever known.  The Bugatti Veyron 16.4 uses a quad turbocharged 16-cylinder engine. The current ultimate iteration of this all-wheel drive sports car makes 1200 horsepower, costs in excess of $2.2 million, and is capable of a top speed of 255 miles per hour.

The engine’s 16 cylinders are arrayed in a “W” configuration for more compact packaging. Essentially, Bugatti’s engineers merged two V8 engines onto a common crankshaft. The two merged Vs create a W. The all-wheel drive Veyron’s seven-speed dual clutch transmission is also unique, tasked with harnessing twice the torque of a regular sports car transmission. The direct-shift gearbox is computer-controlled with magnesium paddles behind the steering wheel. The unit boasts a shift time of less than 150 milliseconds, and is built by Ricardo of England.