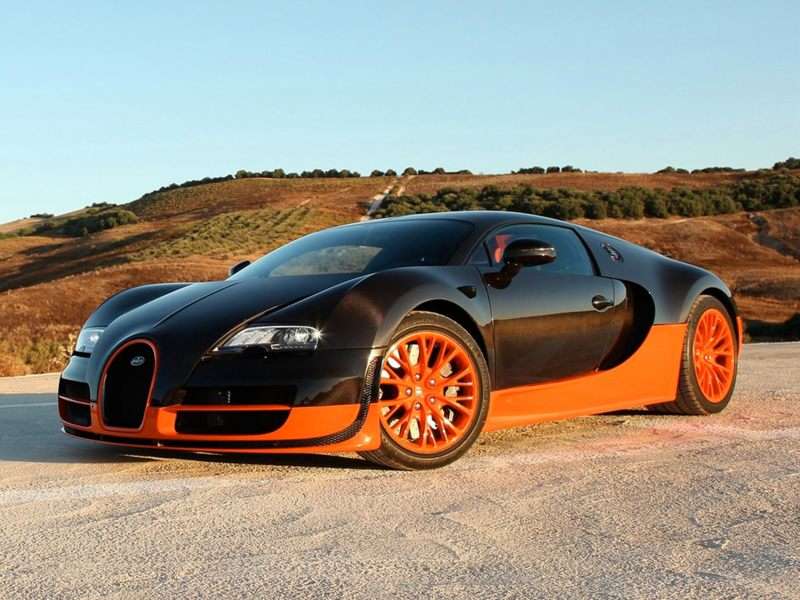 Bugatti is a manufacturer of high end sports cars, originally based in Alsace, France, subsequently relocated to Italy and later returned to France. The original Bugatti company founded by the Bugatti family in 1909 ceased operations in the 1960s. The name has changed hands several times, and ended up as part of the Volkswagen Group in 1998.

In the company's heyday, Bugatti was known for building elegant coupes with a focus on aesthetics as well as engineering. Bugatti pictures from this era might show a subtle connection between the company's automotive endeavors and aviation pursuits -- both types of vehicles had stylistic similarities. Other Bugatti photos focus on the brand's racing heritage, since many of its vehicles were favored by the well known race car drivers of the time, in Grand Prix and Le Mans series. The Bugatti family were interested in racing themselves, and sponsored several successful drivers. The Bugatti staff understood the family's keen attention to detail, and designed and built the cars using as few parts as possible, with weight kept to an absolute minimum, critical for successful racing as well as an enjoyable drive.

There's a break in the Bugatti images gallery between the 1950s and the late 1980s, when the brand was briefly resurrected. This renaissance took place in Italy, and as such, Bugatti cars took on an aesthetic similar to that of other Italian performance cars of the era. Today's Bugattis, such as the Veyron and the forthcoming 16C Galibier, are fully modern luxury performance cars.