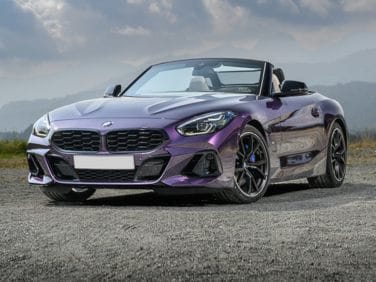 All About BMW Z4

The BMW Z4 is a two-door, two passenger roadster, and a two-door, two passenger coupe.The BMW Z4 was released in 2002 as the replacement for the highly popular Z3 roadster. Initially, the vehicle created an uproar – in place of the Z3’s gently sloping fenders and hood, the Z4 featured scalloped doors, an abrupt concave rear section and a long, clam-shell hood. After the dust had settled, drivers were won over by the stiffer, more performance-oriented suspension and the modern drive train. A coupe version was added to the lineup in 2006.

For 2008, the Z4 soldiers on with much the same look as it debuted with 6 years ago. Due for a refit in 2009, the current model is still a very capable two-seater. The base model is powered by a 3.0 liter inline 6-cylinder engine which generates 215 horsepower. The 3.0si edition puts out a more pulse-quickening 255 horsepower from a better-breathing version of the same engine. Either car can be ordered with the choice of a 6-speed manual or automatic transmission, but in order to remain true to the sporting heritage of the roadster tradition, the manual transmission comes standard. The coupe shares drive trains with the convertible.

While the vehicle itself might be small, the interior never feels cramped or claustrophobic. In a nod to weather preparedness, the 3.0i is outfitted with vinyl seats instead of the usual leather, and the top is semi-automatic. The 3.0si steps up to cowhides, a fully automatic top, aluminum interior accents and a trip computer. There are several different options packages to customize the Z4 to the buyer’s liking. The sport package adds the unique Sport button, which when pushed is designed to tighten the engine software’s throttle response and reduce the power assist in the steering to provide better feedback. Lighter 18-inch wheels also replace the stock 17’s. As the vehicle is primarily marketed as a convertible, there is no cold weather package, but a premium package adds nicer seats and increased storage, and headlight washers and heated seats are available as stand-alone options.

Both the Z4 coupe and roadster eat up the miles with style and grace, and the small vehicle’s suspension system is setup to provide as direct a connection with the tarmac as possible while still keeping an excellent level of comfort. The Z4 is not as light as the Z3 that it replaces, but the re-designed rear suspension has dramatically improved handling, making for more predictable cornering and behavior over rough pavement. The 3.0si can accelerate to 60 miles per hour in 5.6 seconds, and fuel economy is an impressive 28 miles per gallon on the highway.

The BMW Z4 has worked its way into the hearts of roadster buyers with its excellent driving characteristics and solid engine choices. The Z4 has become a popular vehicle for track drivers as well as autocross participants, due to the small form factor and excellent weight distribution between front and back. There is little reason to doubt that the improved platform set to debut in 2009 will do anything other than continue the legacy of the BMW roadster.