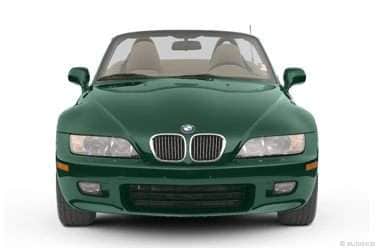 All About BMW Z3

The BMW Z3 is a modern roadster that was produced from the 1996 model year through the 2002 model year. The vehicle was one of the first BMW offerings to be manufactured in the United States. During its production run, the vehicle competed with such vehicles as the Audi TT, Mazda Miata and Mercedes-Benz SLK.

Throughout the years, the BMW Z3 was available in hatchback, coupe and convertible body styles. In all iterations, the vehicle only accommodated two passengers. The exterior styling was geared towards performance, with a sleek, rounded design that was lightweight and aerodynamic. Interior features mimicked the performance-oriented exterior and included BMW's trademark luxury appeal. Minor exterior and interior upgrades were made to the vehicle for the 2000 model year.

The BMW Z3 debuted in a single roadster 1.9i trim level. A 2.8i trim was added the following year. In 1998, an upper-tier M-Series roadster was added to the lineup. 1999 saw an overhaul of the Z3 models, with roadster trims now available in 2.3i, 2.8i and M-Series. The coupe version was also introduced, which was available in 2.8i and M-Series formats. In 2001, the 2.3i and 2.8i were dumped for the 2.5i and 3.0i trims.*** The base 2.5i package came standard with air conditioning, vinyl upholstery, leather-wrapped steering wheel, cruise control, 4-way power driver's seat, 2-way power passenger's seat, full power accessories, remote keyless entry, stereo system with CD player, fog lights and 16-inch alloy wheel.*** The 3.0i added leather seats, 4-way power passenger's seat, upgraded stereo and 17-inch tires. The M-Series topped out the lineup with a power convertible top, upgraded heated leathers seats, heated mirrors, heated door locks and outside temperature indicator.