When the first-generation BMW X6 was revealed back in 2008, many people were just confused. "How do you classify it?" was the primary thought occupying the minds of many, as well as "Is it a crossover? A coupe? A mish-mash of the two?" While there are still disagreements regarding classification, there is one thing about the X6 that you can't argue; it's a very unique vehicle. Clearly seeking to retain that reputation, the German automaker has recently announced the debut of the second-generation X6, which will go on sale later this year in the U.S.

The 2015 X6 retains the shape of the last-generation, but wears "an even more extroverted design," according to BMW. What that means is the new X6 features a more prominent front bumper, headlights, and the iconic kidney grille. Other cues include front air deflectors, contoured body side lines, and the choice of either nineteen or twenty-inch wheels.

The 2015 X6's interior is much the same as the one you'll find in the current X5, with a revised dashboard layout, 10.2-inch infotainment screen with BMW's iDrive, and a choice of wood or aluminum trims. There's also a new 40/20/40 spilt-folding rear seat which expands cargo space from 20.5 cubic feet to 53.9 cubic feet

As for powertrains, the X6 is available with two different engines.

BMW says pricing for the 2015 X6 will be announced closer to the vehicle's sale date. 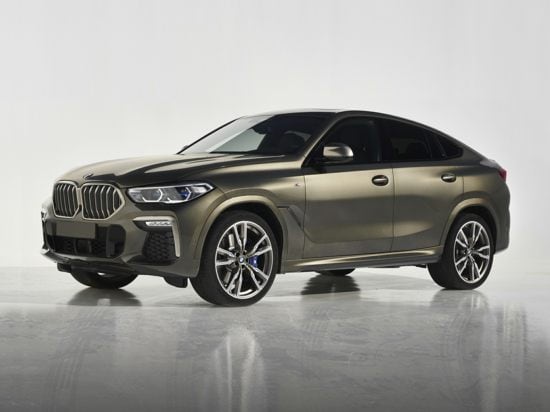