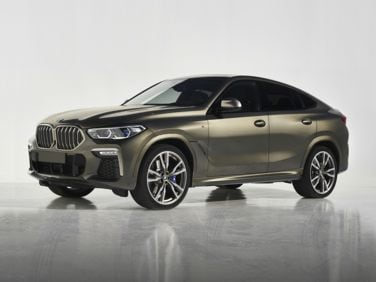 All About BMW X6

The BMW X6-Series is a four-door, four passenger sport-utility vehicle.The recent predilection displayed by certain German automakers for four-door ‘coupes’ – that is to say, sedans with an aggressively-sloped rear roofline – finally reached its peak when BMW announced that they would be adding to their SUV lineup with a unique vehicle called the X6. Calling it a ‘sports activity coupe’, BMW released the X6 in 2008 to an automotive world which was uncertain of what to make of it. Positioned as a mid-sized luxury crossover, the BMW X6 appears to be in a class of its own.

In terms of styling the X6, while built off of the same platform as the X5, shares very little similar sheet metal with the more established SUV. The rear quarters of the X6 rise up to aggressively meet the hatchback roof, and the diminutive, shrinking rear windows recall the profile of the Mercedes-Benz CLS-Class. From the front the SUV bears the familiar corporate BMW face, but it is decidedly less muscular and more sleek than any of the other SUV’s in the lineup.

X6 buyers can choose to motivate their all-wheel drive coupe with either one of two powerful, advanced engines. The xDrive35i model is outfitted with the twin-turbocharged inline 6-cylinder engine which can also be found in the 3-Series and 5-Series. Making 300 horsepower and 300 lb-ft of torque, this impressive engine is matched to a 6-speed automatic transmission and can accelerate the X6 to 60 miles per hour from a standing start in 6.5 seconds. For buyers who are interested in a lot more power when they stab at the accelerator, the xDrive50i model provides a very serious 400 horsepower from a twin-turbo, direct injection V8. Unique to the X6, this engine knocks more than a full second off of the sprint to 60, and makes the SUV a formidable opponent for many top of the line sport sedans.

With leather seats, xenon headlights and dual-climate control, both versions of the X6 are well equipped right from the start. Some of the more exotic options to be had are ventilated seats which can also subtly change shape in order to prevent muscle fatigue and cramping, a rearview camera and enormous 20-inch wheels. A heads up display, running boards and BMW’s Adaptive Drive system are also optional. The latter provides for extensive computer monitoring of vehicle dynamics in order to preserve composure at the edge of the performance envelope.

The BMW X6 is without question a unique vehicle. The performance offered by the xDrive50i is without parallel in the BMW SUV lineup. However, in terms of utility, the vehicle does not provide the same cargo or passenger capacity as the X5. It appears almost as though the X6 is being marketed towards those who desire the ride-height and all-weather capabilities of an SUV without having to sacrifice the fluid lines of a coupe. With no immediate competitors on the horizon, BMW appears to be poised to dominate this particular market for as long as they choose to offer the powerful, quick and stylish vehicle.