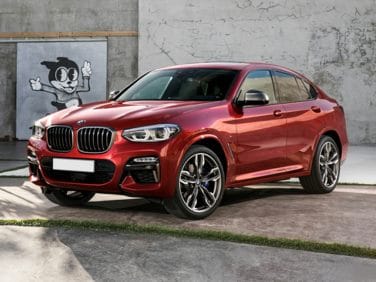 All About BMW X4

BMW is a luxury and performance auto manufacturer that is based in Munich, Bavaria, Germany. Since the company was founded in 1916, the brand's cars have achieved a global reach, and the company produces a diverse lineup of vehicle types, including several luxury sport utility vehicle models. The BMW X4 is one of the latest additions to the model family. It's a compact crossover SUV that was shown as a concept car in 2013, at Auto Shanghai as well as at other international auto shows. At the New York International Auto Show in 2014, the 2015 model year BMW X4 was formally introduced, with a spring 2014 sale date. The BMW X4 is manufactured in the United States at BMW's production facility in Spartanburg, South Carolina, taking advantage of a $900 million investment that will help the plant increase its annual capacity from 300,000 units to 350,000 units. The BMW X4 slots between BMW's X3 and X5 SUVs in the model lineup in terms of size. Like the earlier X6 SUV, BMW thinks of the X4 as a "sport activity vehicle." Though BMW may be overcrowding its own SUV lineup with the addition of the X4, BMW says that about a third of its sales come from the X SUV model family.

Although the BMW X4 is an all-new model, it shares some mechanical components with other BMW models. Most notably, the X4 shares its powertrain options with the X3. Buyers can choose among several four-cylinder or six-cylinder engines, and though both gasoline and diesel engines are produced, specific availability varies by global market. The X4's platform is also based on the X3, although it is slightly wider and 1.5 inches lower than its sibling. The car's profile is reminiscent of the BMW X6, with a coupe-like sloping roof line, a long hood, and a short overhang on the back end. A sporty edge is added thanks to the sharp creases in the side body panels, which are reminiscent of BMW's small performance coupes.

Following BMW's typical nomenclature, the BMW X4 is subdivided into models based on the available powertrains. At launch, all X4 models in the United States were gasoline powered and available only with BMW's xDrive all-wheel-drive system (a designation that appears as part of the model name). The base model is the X4 xDrive28i, which is powered by a turbocharged 2-liter four-cylinder engine that produces 240 horsepower and achieves a 0-60 sprint time of 6 seconds. The X4 xDrive35i features a turbocharged 3-liter inline-six that bumps horsepower up to 300 and shaves the 0-60 time to 5.2 seconds. Both engines come paired to an eight-speed automatic transmission with paddle shifters. Other engine options may become available later in the model cycle. The BMW X4 features a sport-tuned suspension system and a stability control system to enhance the driving experience. Other features include a split rear bench, power tailgate, and BMW's iDrive infotainment system. Two trim levels, M Sport and XLine, offer prepackaged aesthetic treatments such as exclusive wheel designs, interior and exterior trim kits, a sport steering wheel, and an aerodynamic body kit. Other packages provide upgrades for lighting, technology and audio, safety, cold weather features, and other premium features.