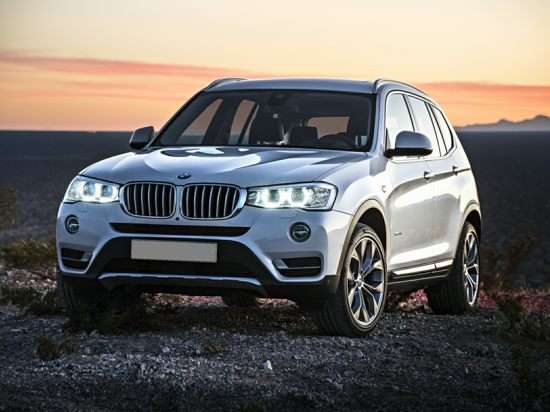 All three engines are paired with an 8-speed automatic transmission featuring automatic stop/start technology, and all versions except the sDrive28i are equipped with BMW’s xDrive all-wheel-drive system. Owners can calibrate each powertrain using the Driving Dynamics Control system, which offers Eco Pro, Comfort, and Sport driving modes.

In combined driving, the EPA fuel economy estimate for the X3 sDrive28i and X3 xDrive28i is 24 mpg. Choose the X3 xDrive28d and its turbo-diesel engine, and the rating jumps to 30 mpg. Feed your need for speed, and the X3 xDrive35i model’s rating is 21 mpg.

As this summary is written, official crash-test ratings are unavailable from the NHTSA or the Insurance Institute for Highway Safety (IIHS). Last year’s structurally identical X3 received top marks from the IIHS, though it had not been assessed in the new small overlap frontal-impact evaluation.

BMW supplies every X3 with a free 10-year subscription to BMW TeleService with an SOS button and BMW Assist eCall service. Additionally, the X3 is newly available with several technology upgrades including a hands-free liftgate that opens when the owner waves a foot under the rear bumper, a Parking Assistant system that steers the SUV into a parking space, Active Cruise Control with Stop & Go capability, and new safety features including Lane Departure Warning, Frontal Collision Warning, Pedestrian Warning, and City Collision Mitigation.