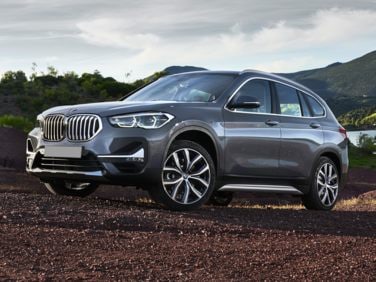 All About BMW X1

The X1 is the smallest model in BMW’s X series of luxury sport utility vehicles, although the compact dimensions of the X1 mean it’s actually considered a crossover rather than a full sized sport utility vehicle.  German luxury and performance automaker BMW was one of the early players in the luxury sport utility market, and as such, its SUV and crossover models have already been treated to a series of refreshes and updates to help keep them from looking dated as more competition continues to enter the compact SUV category. As such, the X1 entered the market when BMW already knew what its SUV customers wanted and expected.

The BMW X1 was previewed in 2008 at the Paris Auto Show, and production began in 2009. At first, the X1 was available only in Europe as an addition to BMW’s already successful SUV lineup. Marketing and sales expanded to Canada in 2012 and the United States in 2013. It quickly became recognized for its relatively low sticker price for the entry model, at least compared to other small sport utility vehicles and crossovers from luxury automakers. However, the X1 is available in a lot of different configurations, which quickly drives up the price. It is available in four trim lines, the ES/SE, the Sport, the Luxury, and the xLine. The X1, like all other BMW sport utility vehicles, is marketed with all-wheel-drive as one of its most important features. However, the X1 is the first of BMW’s sport utility lineup to also offer a rear-wheel-drive option. The X1 is available in North America with several different engine options. Though the rear-wheel-drive model can only be purchased with a 2-liter turbocharged 4-cylinder engine that produces 241 horsepower, the all-wheel-drive models are also available with a 3-liter turbocharged 6-cylinder 300 horsepower engine. The United States only gets gasoline engine options, but there are several diesel engines available in the X1s destined for Europe. Manual and automatic transmission options are both available.

The X1, which shares a platform similar to that of the X3 sport utility vehicle and BMW 3 Series car, is assembled in BMW factories around the world. The appearance is unmistakably BMW; the X1 slots neatly into the SUV lineup right below the X3, and aside from the smaller size, is nearly indistinguishable from its larger platform mate. The X1 also shares interior styling with the 1-Series sport compact coupe; it’s more upscale than competing vehicles, but a little less ostentatious than other, more expensive BMWs, due to both the relatively low point of entry and the necessity of keeping the details of a smaller cabin to a minimum.