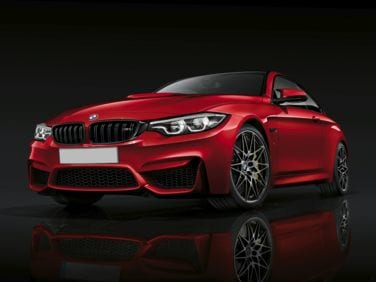 All About BMW M4

BMW is a luxury and performance auto manufacturer that is based in Munich, Bavaria, Germany. Since it was founded in 1916, BMW’s luxury and performance passenger cars have been sold all over the world. The 4 Series is one of the models in BMW’s broad vehicle lineup, and the M4 is a high performance version of the 4 Series. The 4 Series came out of a decision to split up the long-running BMW 3 Series lineup, that used to encompass compact coupes as well as sedans. When the 4 Series line was introduced, the coupes and convertibles that used to be part of the 3 Series were renamed and formed the 4 Series. So the new BMW M4 line replaces the outgoing M3 Convertible and M3 Coupe. BMW introduced the M4 concept on August 16, 2013, and released technical specs on September 25 of that year. The BMW M4 is an all new vehicle for the 2015 model year, with the M4 Coupe arriving first in early 2014 and the M4 Convertible scheduled to follow later in the year. The BMW M4 was developed by BMW M GmbH, which is the in-house motorsport division that develops high performance editions of BMW cars. When BMW M GmbH is involved, it’s a given that the resulting cars offer some serious perks over the regular model lineup. In the case of the M4, these models offer more powerful engines with a more fun driving experience, better handling, sport-tuned suspension, upgraded brakes, aerodynamic body kits that also help visually differentiate the M4 from the regular 4 Series, interior and exterior aesthetic upgrades, and exclusive tri-color M badging.

Though M3 coupes and convertibles offered a V8 engine option, that’s no longer available on the new M4. Both M4s will come with a twin-turbocharged version of BMW’s 3-liter inline-six, marking a significant shift in direction for the M line, since M vehicles are traditionally naturally aspirated. This new powerplant yields 426 horsepower, and comes paired to either a new six-speed manual gearbox with a twin-plate clutch, or a seven-speed dual-clutch automated manual transmission. The BMW M4’s 0-62 acceleration times clock in at 3.9 seconds for cars equipped with the automated manual transmission, and 4.1 seconds for the six-speed manual. The M4’s body and chassis relies heavily on aluminum construction for the material’s strength and light weight. Most of the body panels are constructed of aluminum, with the exception of a carbon fiber roof. The body is about 2 inches wider than the base 4 Series, which helps the car accommodate its staggered wheel widths.

Standard equipment and features on the BMW M4 include electrically assisted steering, several driving modes to adjust the driver’s steering effort, adaptive high beams in the headlights to automatically adjust when there is oncoming traffic, and a variety of technological and comfort features. The M4 also introduces a burnout feature, allowing the driver to spin the rear wheels at low speeds to achieve the crowd-pleasing smoky tire effect. Safety systems are modern and thorough, and include a pedestrian collision warning system and adaptive cruise control.