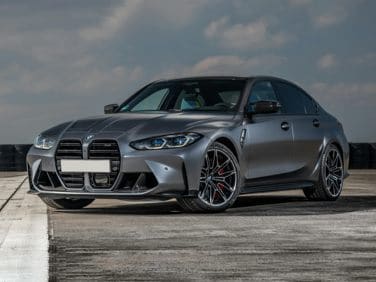 All About BMW M3

The BMW M3 is a four-door, five passenger sport sedan, a two-door, five passenger sport coupe and a two-door, four passenger sport convertible. The BMW M3 is a legendary name in the world of sport sedans. Introduced in 1986 as a way for BMW to homologate for Touring Car racing, the vehicle was a barely disguised race car in road trim. Originally a small, lightweight 4-cylindered beast, the high-revving M3 of 80’s gave way to the 6-cylinder torque machine of the 90’s, and then finally to the luxury-oriented, larger and heavier M3 of the 2000’s. Each version of the car has grown progressively faster and more capable, and while the original small car spirit may have been left behind, there is no denying the incredible performance of the M3 in any form.

The M3 is again breaking the boundaries of tradition at BMW by being the first M3 to be fitted with a V8 engine. This spectacular power plant matches the rev-happy characteristics of the very first M3, able to spin up to 8,300 rpm where it makes a maximum of 414 horsepower. Peak [torque can be found lower, with 295 ft-lb making its presence known at a more reasonable 3,900 rpm. The engine can be matched with either a 6-speed manual transmission or a new 7-speed double-clutch gearbox which can function as an automatic or be controlled by either paddles on the steering wheel or the console shifter itself. BMW claims that this new semi-automatic transmission is the fastest way to drive the M3, and the car has incredible acceleration: 0 to 60 miles per hour in under 5 seconds. Top speed is an electronically limited 155 miles per hour.

Prodigious power isn’t the only claim to fame that can be made by this super sedan. The M3 has always been well known for its incredible handling, making it the track car of choice for amateur racers all over the world. The 2008 model is no exception. The vehicle’s shock absorbers are electronically controlled by a central computer which can constantly change how they react to the road surface based upon vehicle speed, load and road conditions. The driver can choose one of two different settings in order to customize the level of suspension response: Sport or Comfort. In terms of aerodynamics, front and rear spoilers help to keep the car stuck to the road at high speeds, and the flared fenders house wider tires and wheels than those found on a typical 3-Series. Quad-exhaust tips sticking out from the rear serve to round out the standard M appearance package.

Given that Audi had moved their S cars to V8 engines, it was only a matter of time before BMW followed suit, and this automotive arms race between the two German manufacturers can only benefit drivers. The 2008 BMW M3 has almost 100 horsepower more than the previous generation. In another link to the past, BMW has revived the sedan version of the M3 not seen since the 1990’s. It joins the coupe and the convertible as the most practical of the three cars. This finally gives BMW the full lineup they were missing to meet Audi head on in the battle for super sport sedan supremacy.

The 2009 BMW M3 is a carryover from the 2008 model. The 2009 M3 can be ordered in coupe, convertible or sedan form, and offers only a single trim across all three bodystyles. The BMW M3 uses a platform that is similar to the 3-Series, but adds a 4.0 liter V8 engine that produces 414 horsepower and 295 lb-ft of torque. A 6-speed manual or 7-speed sequential automatic transmission pull gear shifting duties, and fuel mileage is rated at 14 miles per gallon in the city and 20 miles per gallon on the highway.