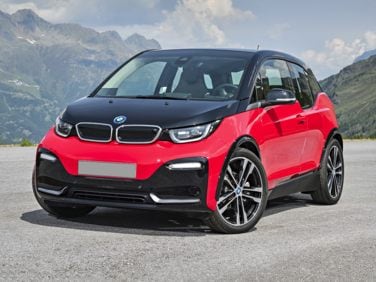 All About BMW i3

BMW’s first from scratch series production electric model heralds the arrival of a new family of cars from the venerable Bavarian automaker. Produced specifically with sustainability in mind, the BMW i3 features a passenger cell manufactured from carbon fiber-reinforced plastic with an aluminum chassis for mounting the engine, high-voltage battery, and crash structures.

Most of the lightweight alloy components of the BMW i3 are made from what’s known as secondary aluminum. Rather than being obtained from aluminum ore, it is derived from melted production scrap aluminum, which can be produced using up to 95 percent less energy than aluminum from ore. The electric BMW’s interior features leather tanned with olive-leaf extract, environmentally refined wood from certified sustainable orchards in Europe, and an extensive use of natural fibers in the instrument panel and the door panels.

What’s more, the electricity for the production of the BMW i3 at the company’s Leipzig plant also comes exclusively from renewable energy sources. In addition to hydroelectric power, for the first time, onsite wind turbines have been used at the plant of a German automobile manufacturer to supply electricity directly for production purposes.

The 2700-pound BMW is powered by a 125 kW electric motor, which produces the equivalent of 170 horsepower and 184 ft-lbs of torque. The i3’s energy supply is stored in a 22kWh lithium-ion battery pack, which can be recharged from near depletion in three hours using a 220-volt charger. An available fast charger will get the battery pack to 80 percent of full charge in 20 minutes and will fully recharge it in 30 minutes.

According to BMW, the i3 is good for a seven-second zero to 60; top speed is limited to 93 miles per hour, and range is estimated to be approximately 90 miles. However, a 650cc gasoline-fired engine is also offered as an option for range extension purposes. The engine generates electricity only; it does not supply power directly to the BMW’s drive wheels. Supplied by a 2.4-gallon gas tank, it can add an additional 90 miles to the BMW’s range.

Perhaps wisely, the i3 looks completely different than any other BMW model currently on offer. This is a strategy Toyota employed to good effect with the Prius, as the sight of that car instantly says “hybrid” to most people. With any luck, the sight of an i3 will come to represent “electric” in much the same fashion for BMW.

Pricing for the 2014 BMW i3 starts at $42,275 including $925 in destination charges. However, there are currently a number of government tax credits and incentives available for the purchase of electric vehicles, which, when combined, can bring the price of the BMW down into the $30,000 range.