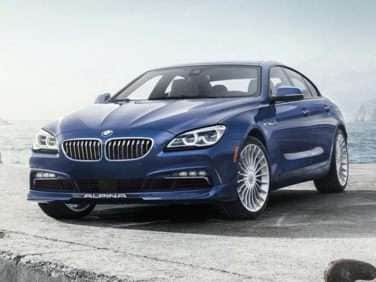 All About BMW ALPINA B6 Gran Coupe

BMW is a luxury and performance auto manufacturer that was founded in 1916 and is based in Munich in Bavaria, Germany. BMW’s luxury and performance passenger cars are sold all over the world, and the company produces a diverse lineup of vehicle types. On occasion, BMW will form partnerships with other auto manufacturers to design and engineer limited or exclusive high performance models. One example is the Alpina B6 Gran Coupe. Alpina is another automotive company based in Bavaria that makes cars based on BMW models. Essentially, Alpina works with BMW to create special versions of BMWs and then, Alpina’s processes are integrated into BMW’s production lines, so Alpina B6 Gran Coupes are produced on the same production lines as BMW’s 6 Series. The resulting vehicles provide results like a custom tuner would, except with the confidence and oversight that a factory quality build achieves, all with the cooperation and collaboration of BMW. However, Alpina cars are typically registered as an Alpina model, not as a BMW, although they can be purchased at BMW dealerships. Alpina BMWs are typically limited in production and demand can be high, making these BMWs hard to purchase, since the company produces only about 1500 cars per year. For the 2015 model year, BMW will be exporting less than 200 M6 Gran Coupes to the United States. Even fewer Alpina B6 Gran Coupes will cross the Atlantic.

Alpina BMWs feature several distinctive touches, such as an exclusive 20-spoke alloy wheel design, an exclusive Alpina Blue metallic paint, Alpina-specific interior fabrics and finishes, a subtle exterior trim around the body, blue gauges, blue-lighted door sills, and a metal plate in the cabin that designates the car’s place in the production run. The Alpina B6 xDrive Gran Coupe is an all-wheel-drive vehicle powered by a bi-turbo 4.4-liter V8 engine that’s borrowed from the BMW 7-Series lineup. The engine is paired to an eight-speed automatic transmission known as an Alpina Switch-tronic. The drivetrain yields 540 horsepower and provides a 0-60 sprint time of 3.7 seconds and 198 mph top speed. The Alpina B6 Gran Coupe actually produces 20 fewer horsepower than the base model M6 Gran Coupe, but its modifications yield additional torque, and the higher top speed is because the Alpina does not have an electronic speed limiter. Alpina has also tinkered with BMW’s xDrive all-wheel-drive system, so that most engine power is sent to the rear wheels until the front wheels start to slip, and power is then directed automatically as needed. Driver selectable driving modes further customize the experience. The BMW Alpina B6 Gran Coupe delivers fuel economy of 16 miles per gallon city, 24 highway.

Exterior enhancements are functional as well as stylish. At such high speeds, pieces such as the aerodynamic chin spoiler and rear spoiler definitely serve a purpose, enabling the car to accelerate hard without sacrificing stability. Despite the name, the Alpina B6 Gran Coupe is essentially a sedan, in terms of functionality if not styling. The car comfortably seats five occupants in a cabin outfitted with exclusive myrtle wood trim. Customers in Germany get some custom interior options, but buyers across the Atlantic get BMW leather with Alpina-specific enhancements.