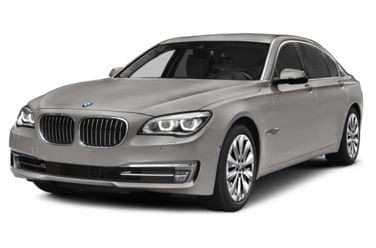 All About BMW ActiveHybrid 7

The BMW ActiveHybrid 7 is a gasoline-electric hybrid drivetrain version of the BMW 7-Series executive car lineup. The German luxury and performance auto manufacturer has been producing the 7-Series lineup of flagship sedans since 1977. BMW first built the ActiveHybrid 7 as a concept vehicle, which was shown at the Paris Motor Show in the fall of 2008, with the beginning of production slated for 2009. The BMW ActiveHybrid 7 first arrived in the United States as a 2011 model year vehicle. The BMW ActiveHybrid 7 went through a minor interior and exterior refresh for 2013, and it is still available as of the 2014 model year.

The BMW ActiveHybrid 7’s drivetrain was updated for the 2013 model year. Formerly powered by a V8 gasoline engine, the hybrid system is now primarily powered by a turbocharged inline-6 gasoline engine, which is paired to both an electric motor and a lithium-ion battery pack, for combined horsepower of 350 horsepower. An EcoPro drive setting helps maximize fuel efficiency, as well as other common hybrid vehicle technology such as regenerative braking, which captures kinetic energy that would otherwise be lost from the vehicle’s deceleration, and sends it back to the battery or electric motors for storage or use. The ActiveHybrid 7’s drivetrain puts power to the rear wheels through an eight-speed automatic transmission. The Environmental Protection Agency rated the ActiveHybrid 7 for fuel efficiency of 22 miles per gallon city, 30 highway, and 25 combined. The EPA rating for combined driving is just 3 miles per gallon better than a comparably equipped traditional gasoline BMW 740.