For the past few years, the only real players in the midsize luxury hybrid sedan class have been the Infiniti M35h and Lexus GS450h. Not anymore, though, as BMW has introduced their contender, the 2013 ActiveHybrid5. Inside and outside, the ActiveHybrid5 is pretty much like any other 5-Series out on the road. The only giveaway that it isn’t a normal 5-Series is the ActiveHybrid5 badging on the rear pillars.

Under the hood is BMW’s TwinPower 3.0L turbocharged inline-six that is paired with an electric motor mounted in the eight-speed automatic transmission. Total output stands at 335 horsepower and 330 pound-feet of torque. This powertrain helps deliver a 5.7 second run to 60 MPH. EPA rates the 2013 ActiveHybrid5 at 23 City/30 Highway/26 Combined. 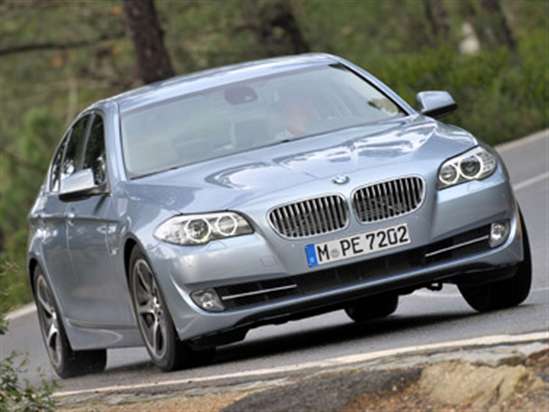