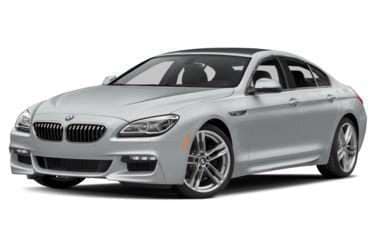 All About BMW 640 Gran Coupe

The interior treatment of the Gran Coupe is virtually identical to the new BMW 6 series, which is to say the layout is exceptional in terms of its intuitiveness. Further, the materials employed are impressive in terms of their sumptuousness, and the overall comfort of the car is virtually unparalleled. Like all BMW models, this is an interior in which you can spend three to five hours driving at high speeds, arriving at your destination comfortably refreshed.

And yes, the 21st Century’s typical array of hi-tech gear is well represented. Also gracing the interior of the sleek BMW four-door coupe is Bluetooth, a navigation system, voice activation, and a nine-speaker sound system fed by a head unit featuring a CD player, HD radio, a USB/iPod interface, and an auxiliary audio input jack.

Naturally, BMW’s now famous iDrive electronics interface is included as well. Personally, we have always found it intuitive and easy to use. That said; the newest iteration of the system is even more so.

For those for whom enough is never enough, optional features include; side/top-view cameras, blind spot detection, a head-up display, lane departure warning, and automated parallel parking. A power rear sunshade, four-zone climate control, and ventilated 14-way power front seats with a massage feature are also doable — as part of the Luxury Seating package.

BMW’s twin-turbocharged inline six-cylinder engine endows the 640 Gran Coupe with 315 horsepower and 330 ft-lbs of torque. BMW’s eight-speed transmission is paired with the engine Slotting nicely into BMW’s sedan lineup between the 5 Series and the 7 Series, the BMW640 Gran Coupe combines the tidy size and driving dynamics of the 540 BMW with the sumptuousness and style of the flagship 7 Series cars.