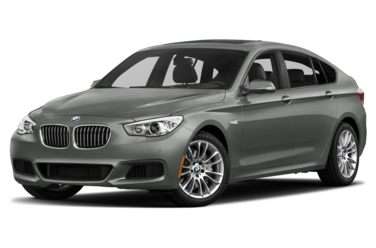 All About BMW 535 Gran Turismo

Another of those answers to a question nobody really asked from BMW (see also BMW X6), the BMW 535 Gran Turismo was introduced for the 2010 model year, as a precursor to the introduction of the current BMW 5 Series sedans, which debuted a year later. In essence a BMW 5 Series wagon with a taller roof and a trick rear hatch, the BMW 535 Gran Turismo is noted for combining the athleticism for which BMW’s mid-size sedan is known with the cargo capacity that previously evaded the model.

The first production version of a series of cars BMW intends to produce called Progressive Activity Sedans; BMW car designer Christopher Weil designed the 535 GT. The model made its initial appearance at the 2009 Geneva Auto Show. Dimensionally, the 5 Series GT is almost as long as the 7 Series BMW (the platform upon which it is based actually), with interior headroom approaching that of the BMW X5. The 5 Series GT is considered the replacement for the 5 Series wagon in the US, as that model is no longer imported due to lackluster sales of the wagon.

Unique features of the 5 Series GT include frameless doors and the double pane liftgate trunk. The dual opening system applied to the trunk allows it to either open like a conventional trunk with a lid, or the entire rear hatch will open like a hatchback to permit the handling of larger items of cargo. With the rear seat folded, the BMW 535 Gran Turismo will accommodate 60 cubic feet of cargo.BMW’s suite of Efficient Dynamics kit is fitted as well, this includes regenerative braking, active aerodynamics, low rolling resistance tires, and intelligent energy management.

The BMW 535 Gran Turismo uses the company’s turbocharged 3.0-liter inline six-cylinder engine, which is good for 300 horsepower and 300 ft-lbs of torque. An eight-speed automatic transmission with a manual shift feature is fitted as standard equipment. Buyers can choose between rear-wheel drive and all-wheel drive. Other standard features include adaptive xenon headlights, a panoramic sunroof, parking sensors front and rear, dual-zone automatic climate control, and Bluetooth.