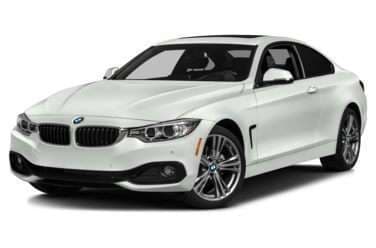 The BMW 435 is a compact executive car that the German luxury and performance auto manufacturer began producing in 2013, for release as a 2014 model year vehicle. The BMW 435, along with the rest of the BMW 4-Series, is produced at a BMW assembly facility in Germany. The BMW 435 is available as both a two-door coupe and a two-door convertible, and is available in rear-wheel-drive and xDrive all-wheel-drive configurations. The BMW 4-Series was designed to bridge the pricing and performance gap between the 3-Series sedan and the larger 5-Series sedan, while replacing the discontinued 3-Series coupe. The 4-Series, including the 435, is based on the platform of the 3-Series, and is available only in 428 and 435 trim levels.