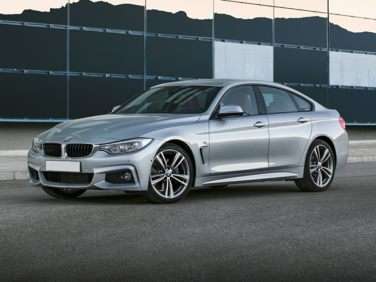 All About BMW 435 Gran Coupe

BMW is a luxury auto manufacturer based in Munich, Germany. BMW’s diverse lineup of luxury and performance passenger cars are sold all over the world. The 4 Series is a new model in BMW’s broad vehicle lineup that came out of a decision to split up the long-running BMW 3 Series. When the 4 Series line was introduced, the coupes and convertibles that used to be part of the 3 Series were renamed and formed the 4 Series. The first details of the lineup were revealed on December 5, 2012, and the car’s official debut followed at the North American International Auto Show in Detroit in January of 2013. When the 4 Series Gran Coupe was launched, the lineup included the 428i, 428i xDrive all-wheel-drive, 435i, and 435i xDrive.

Like the rest of the 4 Series, the 435i Gran Coupe can be customized in one of four different Model Lines. The Model Lines are Base Line, Luxury Line, Sport Line, and M Sport Line. The Base Line is a minimally equipped car, with options available a la carte. The Luxury Line adds upscale interior trim and an exclusive alloy wheel design. The Sport Line gives the Gran Coupe a motorsports-inspired aesthetics package and sport front bucket seats. The M Sport Line is a step up, borrowing styling cues from BMW’s M performance line, such as larger alloy wheels, a body kit, Estoril Blue interior trim, and an optional Estoril Blue exterior finish.