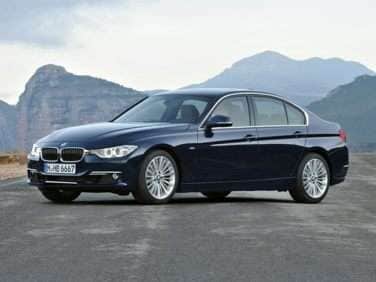 As a model designation, the BMW 335 nomenclature dates back to the late 1930s, with the 1939 BMW 335, which the company built for but two years until 1941. The BMW 335 was first shown at the London Auto Show in 1938 as a Frazer Nash model, thanks to BMW’s longstanding relationship with that company as an importer of its products for the English marketplace. Of course, the following year, German forces invaded Poland triggering the Second World War. The BMW 335 subsequently went out of production in 1941, when its factory was repurposed to the support the Germans’ war effort.

The 1939 BMW 335 was powered by a 3485 cc (3.5-liter) inline six cylinder engine producing some 90 horsepower. A four-speed manual synchromesh transmission routed engine output to the rear wheels, making this BMW model the first car ever to offer a synchromesh four-speed gearbox. Then, as today, the BMW was considered a sports sedan, although it was also available as a two-door convertible and a four-door convertible.

The nomenclature was revived in 2005 (coming to the US for the 2007 model year), when BMW applied turbocharging to its 3.0-liter inline six-cylinder engine for the first time. Output was rated at 300 horsepower and 300 ft-lbs of torque at the crankshaft, although Automobile magazine cited the engine as being considerably more powerful after running a 335i on a dynamometer.

In most applications, 300 horsepower at the crankshaft, because of frictional losses, translates to the approximately 255 horsepower at the rear wheels (which is where the dynamometer reads power output). The 335’s engine made 275 horsepower and 300 ft-lbs of torque at the rear wheels. The twin-turbocharged powerplant also employed direct fuel injection and an all-aluminum block. A six-speed manual gearbox was the standard transmission offering, with a six-speed automatic transmission available as an option.

BMW engineers cited the potential for achieving the power output of a mid-sized V8 engine using the displacement of an inline six as incentive for the switch to turbocharging. Additionally, the inline six weighs less than a V8, offering considerable handling advantages as BMW traditionally employs a front-engine rear-drive powertrain configuration. (Less weight over the front wheels translates to crisper turn-in.) Employing a pair of small turbochargers enabled the engineering team to get around the power lag inherent to turbocharged engines, as it takes longer for a single larger turbocharger to “scroll up” to speed to deliver the desired power increase. Smaller turbochargers spin up faster, thus virtually eliminating the phenomenon known as “turbo lag”.