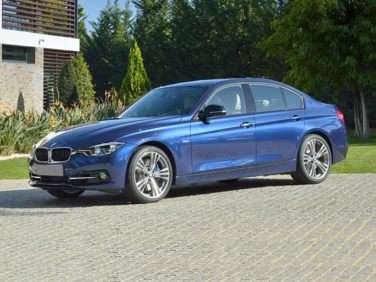 The BMW 3 Series is available in four distinct configurations: a four-door, five-passenger sedan, a four-door, five-passenger sport wagon, a two-door, five-passenger coupe and a a two-door, four-passenger convertible. The BMW 3 Series is something of an icon when it comes to luxury performance sedans. The vehicle has been refined for over 3 decades, and although it may be substantially larger than the lightweight cars which originally gave birth to the concept, the current generation of 3 Series is still a benchmark in the entry-level luxury class. With rear-wheel drive, excellent driving characteristics and a selection of top-notch engines to choose from, it is not hard to see why the 3-Series forms the cornerstone of BMW’s lineup.

The 2009 BMW 3-Series is a carryover from 2008. The 2009 3-Series is available in four different body styles: convertible, coupe, sedan and wagon. Each of these editions of the vehicle come with a specific range of trim levels. The convertible can be had in either 328i or 335i trims. The first is provided with a 230 horsepower, 3.0 liter 6-cylinder engine that also generates 200 lb-ft of torque. Drivers can choose between a 6-speed manual or automatic transmission. Fuel mileage for the 328i convertible is 17 miles per gallon in the city and 27 miles per gallon on the highway. The 335i convertible offers more impressive performance thanks to the use of twin-turbochargers that increases the power of the same 3.0 liter engine to 300 horses and 300 lb-ft of torque. Transmission options remain the identical, but highway fuel economy drops down slightly to 26 miles per gallon.

The 2009 3-Series sedan makes use of the same trim levels, transmissions and engine choices as the convertible, but adds the extra wrinkle of available all-wheel drive, signified by the addition of xDrive to the model designation. The coupe follows a pattern that is identical to the sedan. The wagon edition of the 3-Series is available in 328i trim only, with the possibility of all-wheel drive.

The 2008 BMW 3 Series comes in sedan, coupe, convertible and sport wagon form, and this versatile platform shares two engines. The first is a 3.0 liter inline six cylinder with variable valve timing which produces 230 horsepower, and which is found in the 328i. If more power is required, a twin-turbocharged version of the engine is available in the 335i which makes 70 more horsepower and a respectable 300 ft-lb of torque. Either of these motors can be ordered with a 6-speed manual or automatic transmission, and all-wheel drive is also available on the xi versions of all cars – with the exception of the convertible.

The 328i sedan is the entry-level trim, and it starts out very comfortably equipped with automatic climate control, ambient interior lighting, leatherette seats and power everything. The 335i has similar interior goodies, and these can be enhanced with an optional cold weather package, a sports package which upgrades the wheels to 18-inches and adds a tighter suspension, and a premium package which improves the quality of the hides covering the seats.

The convertible features a collapsible hard top which stores in the trunk, allowing the car to preserve the roofline of the coupe it is based on as well as demonstrate better cold-weather practicality. Even though the convertible is amongst the heaviest of the 3 Series versions, it still gets a respectable 27 miles per gallon on the highway with the base engine. The Sport Wagon features fold down rear seats which dramatically increase the overall cargo capacity, as well as an optional roof rack for carting skis or snowboards.

In terms of driving experience, the 3 Series delivers enjoyment in spades. This is particularly true of the 335i coupe, which has a zero to 60 miles per hour time of 5.3 seconds when fitted with the manual transmission. Not only that, but the vehicle’s sport suspension makes easy work of hard corners, while still managing to provide a comfortable ride.

BMW has faced tough competition in the past few years from both Audi and newcomer Cadillac with the capable and bargain-priced CTS. While there have been criticisms that the 3 Series now leans more towards the luxury side of the spectrum rather than focusing on performance, it is hard to argue with the numbers produced by this new edition of the vehicle. With the introduction of the 1 Series, it is entirely possible that BMW has decided to let the 3 Series evolve into something different that will occupy a new role in their product lineup.