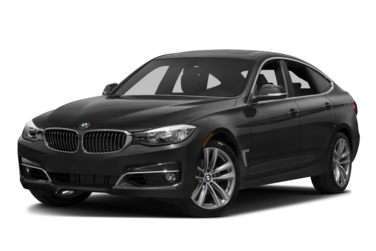 All About BMW 328 Gran Turismo

Space, as the saying goes, is the final frontier.

This has certainly always been true of BMW’s 3 Series Sedans.

With the BMW 328 Gran Turismo BMW intends to address this issue. Fans of the 3 Series BMW will readily admit space is one aspect of the cars anybody with adult friends—or older children—will find lacking. While we’re on the subject, the same is true for cargo capacity too for that matter. To that end, the BMW 328 Gran Turismo is the company’s effort to alleviate these shortcomings.

In the cargo area, the rear backrests are configured to fold 40:20:40 for the maximum in flexibility. For longer items, the center section can be folded separately, permitting the accommodation of both cargo as well as four occupants. In addition to folding flat, the rear seatback can be adjusted for rake to permit the management of more cargo, while still maintaining the BMW’s ability to seat three rear seat passengers. Further, the sidewalls of the cargo area are smooth so usage of the available space can be maximized.

Power operation of the tailgate is standard equipment. Smart opening is available as an option, enabling the user to open the cargo compartment by waving their foot underneath the rear bumper. The cargo compartment also contains four tie-down points to aid in securing items. With the rear seats in place, the BMW offers 18.4 cubic feet of cargo capacity—with the rear seats folded that number goes up to 56.5 cubic feet.

The powerplant motivating the BMW 328i xDrive Gran Turismo is a turbocharged 2.0-liter inline four, producing 240 horsepower and 255 ft-lbs of torque. The turbocharger is of a twin-scroll design to minimize turbo lag. Naturally high-pressure direct fuel injection and variable valve timing are employed. An eight-speed automatic transmission is paired with this engine and all-wheel drive is standard equipment. Fuel economy is rated at 22-city, 33 highway, and 26 miles per gallon combined for the 328i.

In terms of driving feel, The GT nicely splits the difference in performance and handling between the sedan and the Sports Wagon, falling neatly in between the two in terms of its dynamic capabilities. Yes the 3GT feels heavier than the 3 Sedan—because it is—and yes the sedan handles a bit better, but the 3 GT still returns a remarkably satisfying driving experience.