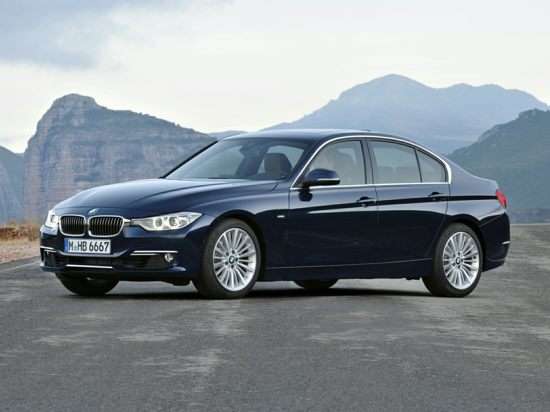 The biggest change to the 2014 3 Series Sedan lineup is the addition of a 328d model equipped with a turbo-diesel engine. Otherwise, this popular entry-luxury sport sedan sees minor enhancements.

New for 2014, the 328d also features a turbocharged 2.0-liter 4-cylinder engine. In this instance, however, the engine runs on diesel fuel, and is rated to generate 180 horsepower combined with a whopping 280 lb.-ft. of torque. This, as it turns out, is the most fuel-efficient version of the 3 Series Sedan.

For more impressive levels of performance, try the 335i. It’s got a turbocharged 3.0-liter inline 6-cylinder engine rated to make 300 horsepower.

An 8-speed automatic transmission, automatic stop/start technology, and rear-wheel drive are standard equipment for the 3 Series Sedan. The Driving Dynamics Control system offers the driver EcoPro, Comfort, Sport, and Sport+ driving modes. Buyers can equip the 3 Series with a 6-speed manual gearbox if they wish, and a Sports Automatic with paddle shifters is also available. Models with an “xDrive” designation feature all-wheel drive.

In crash tests conducted by the National Highway Traffic Safety Administration (NHTSA), the 2014 3 Series Sedan gets an overall rating of 5 stars. The Insurance Institute for Highway Safety (IIHS) gives the 3 Series Sedan its top rating of “Good” in all crash-test evaluations except for the small overlap frontal-impact test, for which the car receives a “Marginal” rating.

Every 2014 BMW 3 Series Sedan is equipped with an iDrive infotainment system that includes Bluetooth connectivity and HD Radio. The 3 Series also includes BMW Assist eCall with 10 free years of service including an SOS emergency call button.

Select the Driver Assistance Plus Package, and the 3 Series gets active blind-spot warning and lane departure warning systems, along with a top-view camera display. The Technology Package adds an enhanced Bluetooth system with full smartphone integration, BMW Apps technology, and more.