Under siege these days on a number of different fronts, the days of the prominence of the V8 engine in mainstream automobiles are said by and large to be—over. With the demise of the Ford Crown Victoria, the last “normal” car with a V8 fell by the wayside. These days, turbochargers, direct fuel injection, variable valve timing, and even hybrid powertrains are coaxing just as much power and torque from V6 engine as was previously the norm for the V8.

Frankly, there is considerable evidence to support this assertion. If you examine the marketplace, you’ll find you now only see V8 engines in cars where a prestige factor is involved. And, even then, in most cases, there’s a V-6 version of the car too. Witness Chevy’s Camaro, Dodge’s Challenger, Ford’s Mustang, and even the Mercedes-Benz E-Class—all have high protein V8’s as their halo models, yet all offer more fuel-efficient V-6 engines too.  And, their V-6’s outsell their V-8’s.

Thus, it’s very possible the days of the V-8 may indeed be said to be on the wane.

On the other hand, back in the mid 1970’s it was pronounced there’d never be another American convertible either. In fact, the 1976 Cadillac Eldorado was decreed to be the “last American convertible”. Speculators snapped them up, sequestered them away in hermetically sealed garages and gasped in horror six years later when the 1982 Chrysler LeBaron and Buick Rivera convertibles appeared—instantly rendering their “investments” considerably less valuable.

So, with that said, we feel pretty confident stating the imminent death of the V-8 is, in all probability, greatly exaggerated. Further, as long as there are gasoline powered automobiles, somebody, somewhere will be pairing V-8 engine with convertible tops to create another crop of the year’s best V-8 convertibles.

In the case of Aston Martin, the V8 is actually their entry-level offering, the marque’s rep rides primarily on its V12s. That said, the Vantage V8 Convertible is every inch an Aston Martin and definitely worthy of its spot on our list of the Best V-8 Convertibles for 2012. The two-seater is positively sinful in its beauty and finishing. Sharp handling, crisp acceleration, determined braking, and a wonderful exhaust note are all appealing to the senses. The 2012 Aston Martin V8 Vantage is powered by a 420-horsepower 4.7-liter V8 with 346 ft.-lbs. of torque. A six-speed manual transmission is standard; a seven-speed single-clutch automated manual transmission is optional. The Vantage S gets a version of the same engine bumped up to 430 hp and 361 lb-ft of torque. Yes, there are other cars in the class capable of outperforming the Aston, but very few can match its style and interior ambiance.

If you had to choose one car to do it all, by which we mean drive you back and forth to work every day, look great when you show up at social gatherings, give you the hardware you need to be competitive at your local track day, scream down the highway with its tires on fire; and occasionally cart a trio of friends to and from a show, a restaurant, or a sporting event—the 2012 BMW M3 Convertible is the car you’ve been looking for. Easily making our list of the best V-8 convertibles—thanks to its folding hardtop, the M3 combines all the joys of a high-performance sports car with the utility of a four-seat coupe. A 414-horsepower, 4.0-liter V8 powers the 2012 BMW M3, sending 295 ft.-lbs. of torque to the rear wheels through a six-speed manual transmission and a locking rear differential. A seven-speed dual-clutch automated-manual transmission (referred to in BMW-speak as M DCT) with steering wheel mounted shift paddles is optional.

The all-American muscle car (OK albeit with Australian roots), the Chevrolet Camaro enjoys legendary status. Rejuvenated in 2010 after an eight-year layoff, the contemporary Camaro builds upon the styling cues from the 1967 model’s voluptuous lines, but carries the theme vigorously into the modern era. While there are a number of different versions of the Camaro available with V8 power—ranging from 426 horsepower to 580—the only way to get a droptop with your V8 is to go for the Camaro SS Convertible. This model is fitted with a 6.2-liter V8, which generates 426 horsepower and 420 ft.-lbs of torque (with the standard six-speed manual transmission). If you prefer the six-speed automatic transmission, you’ll have to make do with 400 horsepower and 410 ft.-lbs. of torque.

While there are a number of cars on this list of the best V-8 convertibles that could very easily get along quite well without a V-8, the Chevrolet Corvette’s mystique is irretrievably intertwined with exceedingly powerful V-8 engines. While the first Corvette offered ran an inline six-cylinder engine, every model of America’s only true sports car since then has been a 100 percent V-8 powered proposition. For 2013, Chevrolet has even introduced a convertible Corvette with all the bits from the over-achieving Z06. Called the Corvette 427; it’s the fastest Corvette Convertible ever. Both the base 2012 Chevrolet Corvette and the Corvette Grand Sport (featuring the base engine with a Z06 body) feature a 6.2-liter V8 bellowing forth 430 horsepower and 424 ft.-lbs. of torque. All Corvette models come with a six-speed manual transmission and launch control as standard equipment. A six-speed automatic transmission is available as an option —except for the higher-performance models. An optional dual-mode exhaust system will add another six horsepower and four ft.-lbs. of torque.

Ferrari’s California embodies a number of firsts for the storied Italian sports car manufacturer. The first front-engined Ferrari to house a V8 in its engine bay, the 2012 Ferrari California (Ferrari’s “entry-level” model) is also the first to feature a folding hardtop—giving it the versatility of a coupe along with the cachet of a convertible. Further, it’s the first Ferrari model to employ a seven-speed dual-clutch automated manual transmission. Even though it’s the base model Ferrari, the California is wicked fast, stunningly good looking, and marvelously upholstered. A bit on the heavy side for a Ferrari at 3825 pounds, the 2012 Ferrari California is nevertheless a strong performer and exceptionally worthy of inclusion on this list of the best V-8 Convertibles of 2012. The 193 miles per hour rear-wheel-drive Ferrari California is powered by a 453-horsepower, 4.3-liter V8, which cranks out 357 ft.-lbs. of torque. The seven-speed dual-clutch automated manual with paddle shifters is the only available transmission.

With an unbroken lineage stretching all the way back to 1964, Ford’s Mustang is one of the two longest-lived American performance car nameplates (Corvette is the other one). And while there have been a number of truly exciting Mustangs in the intervening years, (along with a number of rather questionable ones) today’s Mustang is without question the most capable iteration of the model ever offered. Given there have been convertible Mustangs since the model was introduced in 1964, it comes as no surprise a convertible Mustang is found on this list of the best V-8 convertibles. The base V-8 Mustang GT comes with a 5.0-liter V8 galloping out 412 horsepower and 390 ft.-lbs. of torque. A six-speed manual transmission is standard equipment, while a six-speed automatic transmission is optional. If that isn’t enough for you, consider the 2012 Shelby GT500 Mustang Convertible. That model is powered by a supercharged 5.4-liter V8 confidently and consistently screaming out 550 horsepower, as well as 510 ft.-lbs. of torque. If that won’t rearrange your hairdo, you’re probably bald. A six-speed manual is the only transmission offered with the GT500.

Yes, outstanding power and sophistication can go hand in hand. One needs look no farther than Jaguar’s grand touring XK sports car to see this quite vividly. From its gracefully voluptuous shape, to its palatial interior accommodations, the Jaguar singularly embodies the marque’s guiding philosophy of aggregating space, grace and pace. A beautifully handling automobile with a presence unmatched by any other car, the Jaguar XK Convertible is nothing less than fabulous. It’s also very fast—regardless of the version of the car you choose. The 2012 Jaguar XK is powered by a 5.0-liter V8 producing 385 horsepower and 380 ft.-lbs. of torque. As with every XK, rear-drive and a six-speed automatic are standard equipment. The 2012 Jaguar XKR is endowed with a supercharged version of the 5.0-liter, amplifying its output to a neck-snapping 510 horsepower and 461 ft.-lbs. of torque. The 2012 Jaguar XKR-S gets an even more powerful version of the supercharged 5.0-liter, good for 550 horsepower and 502 ft.-lbs. of torque.

Say the word “Maserati” and even the average person’s mind immediately thinks “extraordinary!” And, for good reason—the cars named for the brothers Maserati have a racing lineage going all the way back to the early decades of the previous century. What’s more, their road cars have always been praised for their outstanding performance in addition to their luxury and beauty. The Maserati on this list of the 10 Best Convertibles of 2012 is a direct descendant of that first Maserati road car in every respect that counts. The 2012 Maserati Grand Turismo Convertible is achingly beautiful to look at, gloriously indulging to sit in, and an absolute dream to drive. The power; handling, and the deliciously seductive sounds of the car are so quintessentially Italian. The 2012 Maserati Gran Turismo and the Gran Turismo Sport both use a 444-horsepower 4.7-liter V-8 paired with a six-speed sequential shift gearbox.

There’s an attitude that goes along with driving a Mercedes-Benz E Class Cabriolet. Everyone knows your car is fantastically expensive, and so they assume you’re doing well, but at the same time the cars are so popular, they’re almost common. In a couple of words, they’re fabulously approachable. They are also quite beautiful and innovative. The only convertible on this list of the 10 Best Convertibles for 2012 to feature a wind blocker in the windshield frame in addition to a device for forcing warm air out of the seats right at the driver and passenger’s neckline, the Mercedes convertible, places considerable emphasis on the comfort of its occupants—more so than any other car on this list. Lest you think that makes the Benz soft on performance, guess again— the 2012 Mercedes-Benz E 550 Cabriolet gets a twin-turbocharged 4.7-liter V8 with 402 horsepower and 443 ft.-lbs. of torque. Rear-wheel drive is standard equipment, as is a seven-speed automatic transmission.

The moment you press the start button on the SLS AMG and the handbuilt V8 barks in reply, you know immediately upon setting this car into motion you’re going to be in for something quite special. First of all, while the look of the SLS AMG is unmistakably Mercedes-Benz, it looks like no other car on Earth, well save two; its SLS AMG Coupe sibling, and the 1955 Mercedes-Benz 300 SL, which is the SLS AMG Convertible’s forebear. Stunning only barely begins to describe the nature of the car in its every aspect. The interior is just as much about business as the exterior styling promises, and when you lift the hood to get a glimpse of the V8…well let’s just say it’s shame it has to be hidden underneath that gorgeous body. The gruff-sounding hand-built 6.2-liter V8 growls out 563 horsepower and a solid 479 ft.-lbs. of torque. A seven-speed dual-clutch automated manual gearbox with aluminum shift paddles on the steering wheel and a choice of several shift modes enabling modes that range from (relative) fuel efficiency to unqualified high performance is the only transmission choice offered. 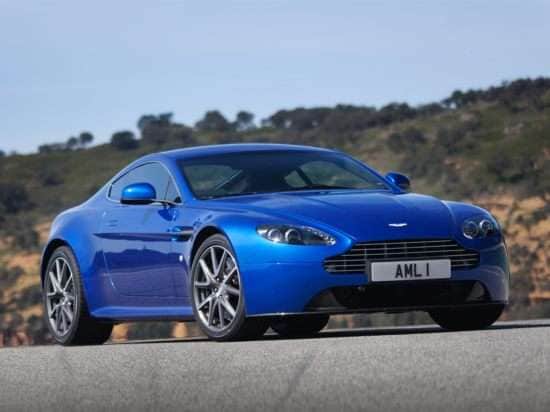