With Few Exceptions, Minivans Get 21 MPG

Minivans Get 20 or 21 MPG, with Exceptions
By Christian Wardlaw

According to AutoPacific’s Fuel Price Impact Survey, which measures future vehicle purchase intentions and attitudes toward driving, drivers are paying around $3.84 per gallon, on average, for a gallon of regular gasoline.  With gas prices continuing to rise, consumers need to consider fuel efficiency when shopping for a car.  Despite what many may believe, most minivans get 21 mpg, which isn’t too shabby considering their size.

There are exceptions, of course. For example, the Mazda5 ($19,625) mini-minivan is rated to deliver 24 mpg in combined driving, making it the best MPG minivan of 2012. Next in line is the Honda Odyssey in expensive Touring ($41,330) and Touring Elite ($43,825) trim, at 22 mpg thanks to a standard six-speed automatic transmission.

The Mazda5 is too small for you? The top-trim Odysseys are too expensive? Well, every other van on the market except for the Chrysler Town & Country ($29,995), Dodge Grand Caravan ($20,995), and Volkswagen Routan ($27,020) – all variations on the same set of components and rated to get 20 mpg – is expected to return 21 mpg in combined driving.

Given this utter lack of variation, we’ve elected to rank order the best MPG minivans of 2012 with the diminutive Mazda at the top, followed by a presentation of the remaining models in the “21 Club” in descending order of our preference, based on test drives and crash-test performance.

Of all the minivans on the market, the 2012 Mazda5 ($19,625) does the best job of living up to the name. It really is a mini-van, with comfortable seating for four (or cramped seating for six) combined with less cargo volume than the other models on this list. For example, the Mazda supplies 44.4 cu-ft. of space behind the second-row seats. The Toyota Sienna has almost double that at 87.1 cu-ft.

Nevertheless, since the Mazda’s spunky 157-horsepower, 2.5-liter four-cylinder generates 24 mpg in combined driving it is the best MPG minivan of 2012.

Redesigned for 2012, the Mazda5 is sold in Sport, Touring, and Grand Touring trim levels. Neither the National Highway Traffic Safety Administration (NHTSA) nor the Insurance Institute for Highway Safety (IIHS) has crash-tested the Mazda5 as this article is written. So while it may not land on any lists of the safest minivans, it tops the list of high MPG minivans of 2012.

At this point, every remaining van on this list of high MPG minivans for 2012 is rated to get 21 mpg in combined driving, and we’re listing them in descending order of preference. That means the 2012 Kia Sedona ($24,900) is the least recommended of the “21 Club.”

The problem certainly isn’t with regard to the Kia’s undeniable value. In addition to its affordable starting price and well-equipped LX and EX trim levels, the latter offered with Luxury, Navigation, and Premium Entertainment option packages, the Sedona’s 271-horsepower, 3.5-liter V6 and six-speed automatic transmission are covered by a 10-year/100,000-mile warranty. Additionally, Kia provides a five-year/60,000-mile warranty with 24-hour roadside assistance for the rest of the van. Plus, Kia dealers are often discounting Sedonas by thousands of dollars.

Rather, the issue is with regard to a single crash-test result that suggests you might want to eliminate the Sedona from consideration. In tests conducted by the IIHS, the Sedona’s roof crush strength score is “Poor,” the lowest rating possible. In all other tests – frontal-, side- and rear-impact assessments – the Sedona received the best score of “Good.”

It’s really too bad about that IIHS roof crush strength score. A better performance might have vaulted the Sedona from our least favorite “21 Club” member to our favorite among the best MPG minivans of 2012.

In addition to being one of the best MPG minivans for 2012, the Nissan Quest ($25,990) is a safe choice. In IIHS crash testing, the Quest just misses “Top Safety Pick” status due to an “Acceptable” rather than “Good” rating for roof crush strength.

The Quest is unusual, too. To achieve a fuel economy rating of 21 mpg in combined driving, the 2012 Nissan Quest relies on a 260-horsepower, 3.5-liter V6 engine paired with a continuously variable transmission (CVT).

The CVT is unique in the minivan class, and so is the Quest’s interior layout. The second-row seats don’t fold down into the floor and cannot be removed to expand cargo capacity. Instead, they fold flat. The story is the same for the third-row seat. As a result, the Quest isn’t as good at hauling cargo as other minivans, but is much roomier than the typical SUV with the same seating design, and offers a permanent covered storage well behind the third-row seat that’s almost as big as the trunk of a standard Buick LaCrosse eAssist.

Nissan offers the Quest in four trim levels, ranging from the basic S and popular SV to the loaded SL and luxurious LE. The Quest might be quirky, but it’s also one of the best MPG minivans of 2012.

Aside from the Mazda 5, the only other minivan available with a four-cylinder engine is the 2012 Toyota Sienna ($25,060), but that less powerful motor isn’t helping the Sienna achieve high MPG minivan for 2012 status because it gets the same 21-mpg fuel economy rating as the more powerful, and more satisfying, V6.

Available in the base and LE versions of the Sienna, the 187-horsepower, 2.7-liter is, therefore, best avoided. Choose a model with the 266-horsepower, 3.5-liter V6, which doesn’t struggle under the weight of the van, or its load of passengers and cargo. This V6 engine is available for the LE model, and comes standard in sporty SE, uplevel XLE, and luxury-oriented Limited trim levels.

The Sienna is also unique in that it offers an optional all-wheel-drive system, but that drops combined fuel economy to 19 mpg, which kicks the Sienna AWD off of our list of the best MPG minivans of 2012.

As impressive the 2012 Toyota Sienna might be, there’s another model that is clearly the best MPG minivan of 2012. Learn more on the next page.

Depending on the 2012 Honda Odyssey ($28,375) model you choose, you’ll enjoy 21 mpg or 22 mpg in combined driving. The difference is due to the extra gear in the six-speed automatic transmission supplied for the Odyssey Touring and Touring Elite models. Most Odyssey buyers choose the LX, EX or EX-L versions of this popular van, which means most Odyssey buyers are getting a five-speed automatic and 21 mpg.

Both transmissions are bolted to a 248-horsepower, 3.5-liter V6 engine. The engine includes Variable Cylinder Management technology, which allows it to operate on as few as three of the engine’s six cylinders to conserve fuel.

In addition to squeezing up to 22 mpg out of each gallon of fuel, the Odyssey is an IIHS “Top Safety Pick” and receives an overall crash-test rating of 5-Stars from the NHTSA. As a result, we think the 2012 Odyssey is the best MPG minivan of 2012, even if that little Mazda does a bit better in terms of gas mileage. 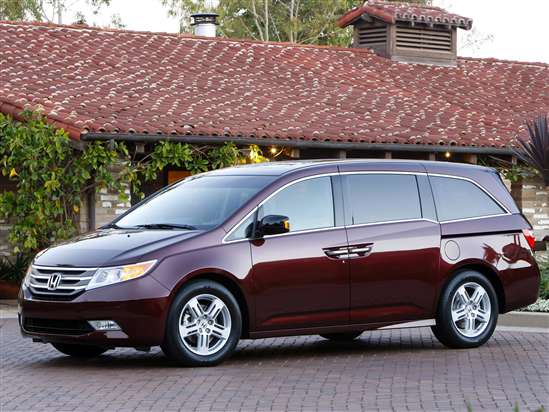 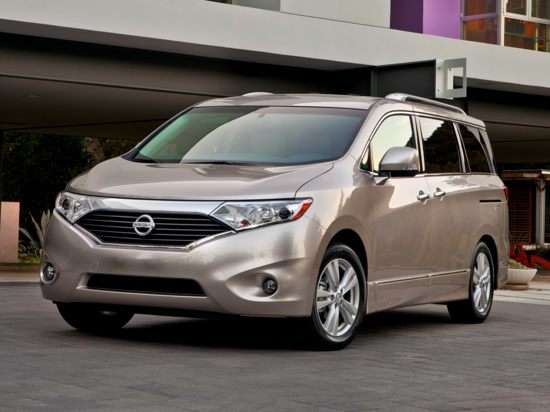 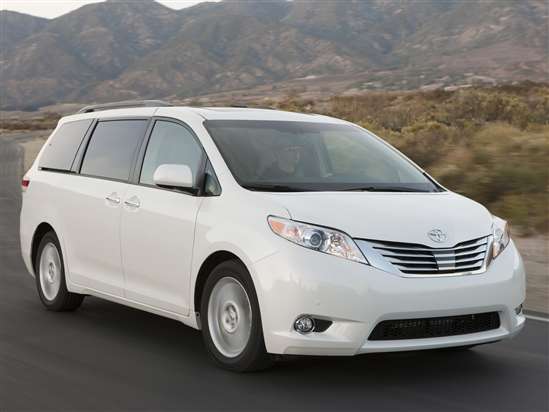 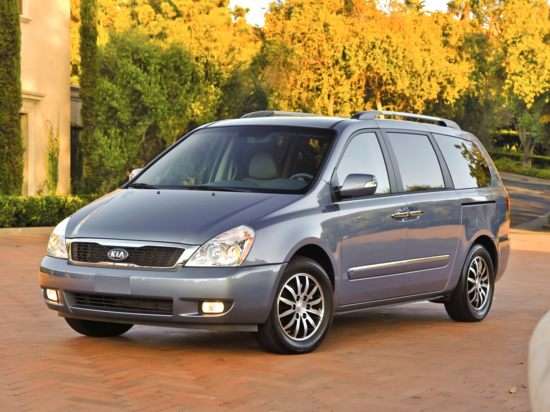