The beauty of today’s sports car marketplace is there is something for nearly every budget. With the two new introductions from Scion and Subaru, the MX-5 finally has some real competition in terms of price. Meanwhile, on the upper end of the spectrum there are a broad variety of cars, clearly illustrating we are living in a golden age as far as sports cars are concerned.

Trying to narrow down a list of the hottest sports cars for 2012 was a considerable challenge. In a lot of ways, hot—like cool is in the eye of the beholder. And, with so many fabulous cars available, you’ll need some really big eyes.

We finally settled on choosing the one model in each lineup we’d most like to own. Which generally meant the best all around example of each car. In other words, we’re looking for the one that offers a generous level of performance mixed with everyday usability and a retina-pleasing aesthetic.

In other words, for a car to be considered truly hot, it should make you look back over your shoulder for an appreciative glance at least once—ideally a couple of times—, while walking away from it after you park. It should also be fun to drive, and achingly beautiful to look at, in order to qualify for our list of the hottest sports cars for 2012.

The beauty of the Aston Martin V12 Vantage is it pairs Aston’s lightest platform with the company’s most powerful engine. Fitting a 510-horsepower V12 capable of churning out 420 ft-lbs of torque made the V12 Vantage an exceptionally fast car. Happily it has handling, braking, and steering to match. Naturally, all of the handcrafted goodness you expect from an Aston Martin resides in the passenger compartment. When you fold in the fact that all of that goodness is wrapped in some of the sexiest sheetmetal on the road, you’ll immediately see why the Aston Martin V12 Vantage is one of the hottest sports cars of 2012.

We’ve extolled the virtues of the Audi R8 since it was launched. Extraordinary primarily because it feels so ordinary—despite its considerable prowess—the R8 GT is a shoo-in candidate for anybody’s list of hot new sports cars. The 560-horsepower Lamborghini-derived V10 makes absolutely delicious noises, while the Audi’s Quattro all-wheel drive system bolts the supercar firmly to the ground. Plus, the Audi is a true year-round exotic, no matter where you live in the country. Factor in its Teutonic good looks; along with Audi’s renowned high level of fit and finish and you get one seriously hot sports car.

We like the Z06 because its wider bodywork fills out the shape of the Corvette to its logical conclusion. That it also brings with it a 505-horsepower V8 pumping out 470 ft-lbs of torque makes it an absolute delight to drive, as well as more capable than 90 percent of the cars on the road. Yeah, a lot of people would have said the ZR1 is the hottest member of the Corvette family. And while we’d be hard pressed to proffer an argument the ZR1 isn’t hot, the fact of the matter is the Z06 is more than hot enough, and it’s considerably more affordable as well.

The fact it’s the only mid-engine Ferrari you can buy new in 2012 makes it one of the planet’s hottest sports cars by default. The ideal layout for balance and agility, the rear mid-engine layout has defined truly exotic sport cars for decades now. The closest thing you can get to a F1 racing car on the street—a mid-engine sports car is the ne plus ultra of the breed. When that mid-engine sports car has a Ferrari pedigree, along with a 557-horsepower V8 and a curb weight in the 3000-pound range, you know you’re in for an exhilarating driving experience. And yes, the Italia is absolutely gorgeous too—that certainly doesn’t hurt.

We have been enamored with the Jaguar XK since the first time we saw one. Possessing he sexiest shape on wheels that doesn’t include an Aston Martin badge, the Jaguar XK is the very definition of gorgeous. That you can now get it  as an XKR with a 510-horsepower supercharged V8 means it is both gorgeous and hard charging. Exceptionally agile, with a very high level of comfort and convenience content, the Jaguar XKR is as much grand tourer as it is sports car. You can very easily tool around in the Jaguar, going about your day-to-day activities with delightful genteel. Then, when the roads open up and start to twist and turn seductively out ahead of the Jaguar’s long hood…well…yeah, nice.

Most people are familiar with McLaren either for the F1 super car, or for the company’s work with Mercedes-Benz in the creation of the SLR McLaren. Well, the McLaren MP4-12C is a true 200 mph super exotic with a 616-horsepower twin-turbocharged 3.8-liter V8. Churning out 443 ft-lbs of torque, the McLaren easily qualifies for our list of the hottest sports cars of 2012. Also, to be the product of a small manufacturer, the MP4-12C’s voluptuous body exhibits a high degree of attention to detail, as well as very strict attention paid to its fit and finish. That it is also one of the fastest cars on the road makes it a tough contender on our list of hot sports cars for 2012.

As stunning as the gullwing version of the SLS AMG is, with the soft top folded you can appreciate the full fury of the sonorous hand assembled 583 horsepower V8. Further, the SLS AMG uses a front mid-engine layout, so its balance and handling are superb. The first car developed independently by AMG, and cornering in a manner that belies cars a quarter of its size, the Mercedes-Benz SLS AMG Roadster delivers an exceptionally unique driving experience. Easily one of the hottest sports cars of 2012, the Mercedes SLS AMG Roadster rocks 583 horsepower and 479 ft-lbs of torque. That it is an undeniable head turner also rates the SLS AMG very highly on every list of hot sports cars.

While a better car in all respects than its predecessor, the 370Z Roadster is suffering from a case of over familiarity. Everybody knows what it is now, so it gets kind of overlooked. However the droptop Z offers a unique look, 330 horsepower, and an exciting driving dynamic to go with all of the above. It’s also the most affordable six-cylinder sports car on the market. The design features a front mid-engine layout for exceptional agility, which contributes to exceptional handling. Further, with its distinctive exhaust note, the 370Z is one of the best sounding sports cars on the market. With all of that going for it, of course the Nissan 370Z gets a spot on the hot sports car list.

Yes, it’s a fact Porsche is holding the Boxster back. If the car were developed to its full potential, it’d bodyslam its 911 older sibling. Given the Boxster’s place in the Porsche hierarchy, naturally that’s something Porsche simply can’t afford to allow. So odds are, we’ll never see a Boxster Turbo. That’s OK though, because the car is so good in its normally aspirated form that it readily commands a position on every list of hot sports cars. Read our lips, it’s all about balance baby. The low center of gravity afforded the roadster by its flat six-cylinder engine is already a serious enough advantage. When you mount that engine in the middle of the platform, right behind the driver, you reduce the polar moment of inertia considerably and in the process create one of the best handling sports cars the world has ever seen.

Fans of affordable sports cars have much to cheer about for 2012. Scion’s first real sports car is a handling delight. Plus its elemental nature keeps its price of entry very low, Set up to either be a wicked curve carver or a lurid drift machine, the FR-S is handsome and fun to drive besides. Yes, its 200-horsepower engine is a bit on the soft side and we’d love it if it wound more freely, but for the money the only thing that eclipses the FR-S is the Miata, and then primarily because the Mazda is also a convertible. While we do look forward to a freer winding turbocharged engine for the FR-S, we’re so delighted with this first effort; we’ll readily add it to our list of the hottest sports cars of 2012.

Take the Scion FR-S we just spoke of, fit it with leather, a navigation system and other niceties and you’ll get a more GT-oriented version of the car. That Subaru opted for this course to differentiate their iteration of the platform broadens the dynamic and gives the car more appeal to a broader cross section of the sports car marketplace. The suspension calibrations are a bit different on the Subaru too, making it a bit less ready to drift. So basically the FR-S is the rowdy kid, while the BRZ is the more sophisticated sibling. Either way, you’ll get a terrific handling car; one which is highly rewarding to drive. So yes, the BRZ makes the list of hot sports cars for 2012 too. 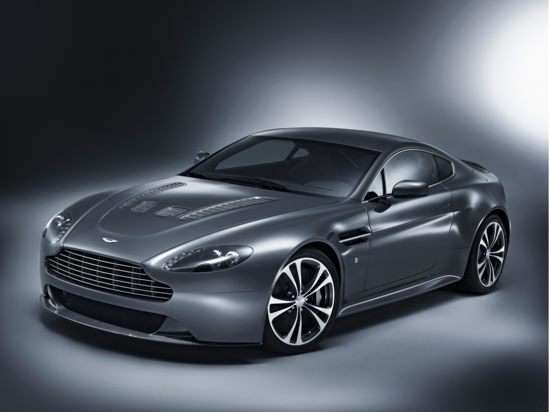