If any powertrain configuration can be considered a “magic bullet” for fuel economy, reduced emission and even enhanced performance, the hybrid powertrain is the one. First employed in mass production by Honda and followed closely to market by Toyota the gasoline/electric hybrid systems have both increased the average fuel economy and come to symbolize environmentally sensitive motoring.

For those of you who have paid absolutely no attention to things automotive in the last twelve years, a hybrid powertrain combines an internal combustion engine with an electric motor (or motors) to power an automobile. The electric motors are energized by a rechargeable battery pack. In the vast majority of configurations, the battery pack is recharged when the vehicle coasts or brakes.

Because they run partially on self-generated electricity, hybrids use less combustible fuel. All of the hybrid models on this list run on gasoline, so for the purposes of this discussion, we’ll refer solely to gasoline moving forward. The gasoline engine also generates electricity to recharge the battery pack.

In some configurations the electric motor is capable of propelling the vehicle without the gasoline motor; this is referred to as a “full hybrid”. In other configurations, the electric motor works only in conjunction with the gasoline engine. This is referred to as a “partial hybrid”. Further, the hybrid system can be used to enhance fuel economy as with the vast majority of its applications; or it can be used to enhance performance—as with the Lexus sedan, Porsche Cayenne S Hybrid and Volkswagen Touareg Hybrid on this list of the best AWD hybrid cars for 2012.

Initially all hybrid models were front-wheel drive. When hybrid powertrains started to appear in SUVs and crossovers they gained all-wheel drive counterparts as well. That said, only one passenger car on the market currently is an AWD Hybrid Car, the Lexus LS 600h L, the rest are all either car-based crossovers, or full SUVs.

What follows is our list of the best 2012 all-wheel drive hybrids.

Ford’s Escape compact crossover has found a ready audience among drivers who appreciate the benefits of an SUV, but prefer a tidier-sized automobile. The entry on our list of best AWD hybrids is offered in two trim configurations, “XLT” and “Limited”.

With luxury features like automatic headlights, steering wheel audio controls, and a power-operated driver’s seat, the Escape Hybrid XLT is a nicely equipped automobile. Go for the Limited model and you’ll get leather upholstery, chrome trim, heated seats, and a six-speaker audio system. Options include self-parking, navigation and a rear-seat entertainment system.

While a number of other luxury manufacturers produce hybrid-ized versions of their top of the line autos, the Lexus is the only all-wheel drive hybrid car in the luxury category. Additionally, the Lexus LS 600h L was the first hybrid-powered prestige sedan.

Power is supplied by a full hybrid system made up of two electric motor/generators and a 5.0-liter, 389-horsepower V8. Peak output is 438 horsepower when both electric motors and the gasoline engine are combined. Power is routed to all four wheels through a continuously variable transmission (CVT) with a manual shift control function. The transmission also has three driver-selectable driving modes -- Normal, Power and Snow.

It’s a Lexus, so you know you can count on a smooth ride, lots of plush accommodations, and a host of extremely high quality materials gracing the interior. Standard features include 18-inch alloy wheels, keyless ignition/entry, and dual-zone automatic climate control. There is also a nine-speaker audio system fed by a six-disc CD changer, satellite radio, and an auxiliary input jack for portable audio devices.

Powering the 2012 Lexus RX 450h is a combination of a 3.5-liter gasoline-powered V6 engine and three electric motors. Total system output is 295 horsepower routed through a specialized continuously variable transmission.

Fuel economy is rated at 30 miles per gallon in the city, 28 on the highway, and 29 combined. With the proper supplemental equipment, the all-wheel drive hybrid 2012 Lexus RX 450h is capable of towing as much as 3,500 pounds.

In typical Porsche fashion, the Cayenne S Hybrid can be equipped as mildly or as wildly as you’d like. Further, being a Porsche, you can bet significant emphasis was placed on the performance potential of the hybrid SUV. Additionally, the Cayenne S Hybrid is one of the two vehicles on this list of the best all-wheel drive hybrids with just as much capability offroad as it flaunts on the street (the Porsche’s close relative, the Volkswagen’s Touareg Hybrid is the other one).

The 2012 Porsche Cayenne S Hybrid motive force is derived from a supercharged 3.0-liter V6 gasoline-fired engine, which is teamed with a 34kW electric motor and an eight-speed automatic transmission. Porsche uses the hybrid system to enhance performance more than efficiency so this all-wheel drive hybrid powertrain produces 380 horsepower and 427 ft.-lbs. of torque. With a zero to 60 capability of 6.1 seconds, the Porsche returns 20 miles per gallon in the city, 24 on the highway, and 21 combined.

The crossover hybrid from the company most people think of when they hear the word “hybrid” in reference to an automobile, the Toyota Highlander Hybrid seats seven. Further, it is the most fuel-efficient vehicle on the market to do so—while also delivering the benefits of all-wheel drive.

Based as it is on Toyota’s best-selling Camry model, the Highlander is comfortable, reliable and nicely appointed. Clever packaging and detailing sets the Highlander apart from other crossovers in its class. The second-row seats slide fore and aft and are capable of split-folding 40/20/40. Their center section can actually be removed and a table can be installed in its stead. The third row is best left to kids however.

Available in two states of trim—base and Limited—standard features for the base model include automatic headlights, an eight-way power adjustable driver’s seat, a rearview camera, Bluetooth phone and audio connectivity, and a six-speaker sound system fed by a CD player, satellite radio and an iPod/USB audio input interface.

Key options include Highlander’s Leather package, which includes leather upholstery for the front two rows and vinyl for the third row, a power liftgate, heated front seats, a sunroof, an auto-dimming rearview mirror and an upgraded trip computer.

Highlander Hybrid Limited features all of the above as standard equipment; then adds items such as keyless ignition and entry, tri-zone climate control, a 10-way power driver’s seat and a four-way power adjustable passenger’s seat.

A nine-speaker JBL sound system with a six-disc CD changer and a navigation system with a touchscreen interface and real-time traffic information are optional for both models. A rear seat entertainment system is offered for both as well.

Lest you be deceived by those VW badges adorning this member of our best all-wheel drive hybrids for 2012 list, please be apprised the Volkswagen Touareg is most assuredly a luxury vehicle.

Further, being a German hybrid, the Touareg goes down the road with a confidence found in but one other vehicle on this list—its close relative—the Porsche Cayenne S Hybrid. Also similar to its Porsche relative, the all-wheel drive Volkswagen Touareg Hybrid features a supercharged, direct-injection 3.0-liter V6 gasoline engine paired with an electric motor and an eight-speed automatic transmission.

The two combine to generate an impressive 380 horsepower and 428 foot-pounds of torque. Like the Porsche, the VW uses hybrid augmentation for performance over efficiency. Configured correctly, the Touareg Hybrid’s can tow up to 7,700 pounds. 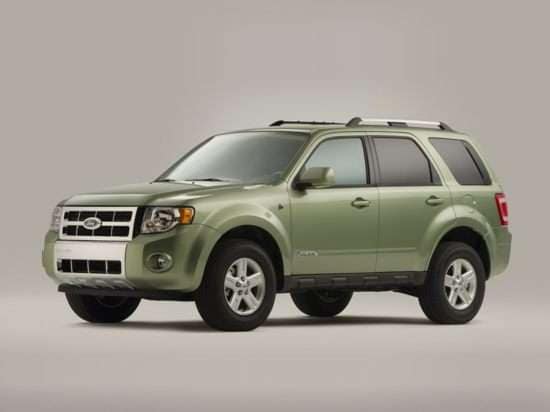