It has been a while since we have seen an extravagant convertible from Bentley. No, the Contintental GT Convertible doesn't count. What we are referring to is something like the Bentley Azure, which was based on the Arnage sedan. Since the Mulsanne has taken the place of the Arnage for a few years, there hasn't been convertible based on the Mulsanne.

That could be changing. At the LA Auto Show, Bentley rolled out the Grand Convertible concept which happens to be based on the Mulsanne Speed. That means the concept is packing a 6.75L Twin-Turbo V8 producing 530 horsepower and 811 pound-feet of torque. The concept also features a distinctive a Sequin Blue color with a "liquid metal" treatment to hood and windshield frame. Bentley says they'll be monitoring the reaction to the Grand Convertible to see whether or not it should go into production.

To give us the details on this 'Grand' concept, we have Bentley Motor's COO, Kim Airey. 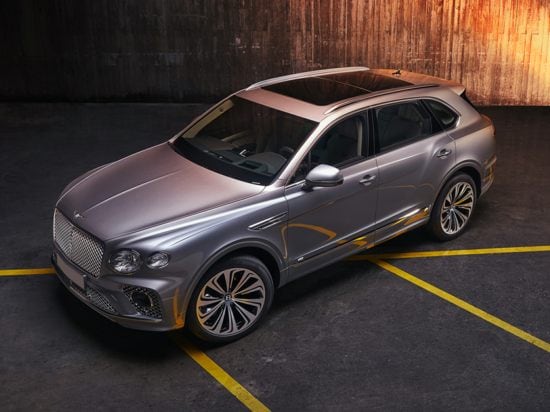