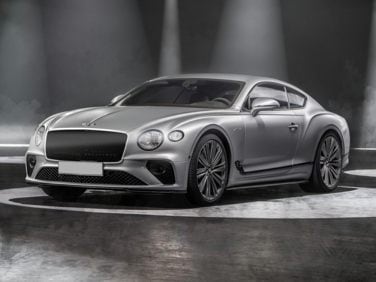 All About Bentley Continental GT

The car credited with signaling the resurgence of Bentley as something more than a clone of Rolls-Royce was the Bentley Continental GT of 2004. Coming to market with a 552-horsepower 12 cylinder engine capable of generating 479 ft-lbs of torque, the Bentley Continental GT also featured all wheel drive and one of the most opulent interior treatments ever applied to a two-door coupe. The Bentley coupe ran from 0 to 60 in 4.4 seconds and the speedometer needle would tickle 198 miles per hour—given enough room and fuel.

Instantly hailed as fabulous, the Bentley Continental GT was “an overnight success” and instantly became the car of choice for “big ballers and shot callers” all over the world. Helping in no small measure was the distinctive styling of the Bentley—absolutely nothing else looked like it, and yet its styling recalled the Bentley Continentals of old from which it was descended.

Car people know the story, but for those of you who may be new to the world of automobiles we’ll pause a moment to enlighten you a bit. Bentley started out as an independent company, but through several twists of fate wound up being owned by Rolls-Royce, which essentially conscribed the long vaunted marque to be its hand-me-down relation. For many years, Bentley's offerings were nothing more than warmed-over, slightly de-contented, Rolls-Royce models.

Volkswagen eventually got ownership of Bentley, ironically in just about the same moment as it lost control of Rolls-Royce to BMW. The Volkswagen Group then proceeded to turn Bentley into a Rolls-killer. They did this by delving back into Bentley’s heritage as an extreme performance luxury automaker whose wares were just as powerful and capable as they were opulent. Thus today’s Bentley, while a genuine competitor to Rolls-Royce in every measure, also surpasses the venerable marque on the performance front.

Standard features include genuine wood, wool, and chrome, along with every contemporary comfort and convenience item you can list. The materials found within the passenger compartment of the Continental GT are all natural, no artificial materials are used in its interior décor. OK, that’s an exaggeration. But truthfully, pretty much everything the occupants of the Continental GT come into contact with is of the earth.

The current Bentley Continental GT is offered in both coupe and convertible formats and packs a 6.0-liter twin turbocharged 12-cylinder engine making 567 horsepower and 516 ft-lbs of torque. There have been a number of higher output versions of the car offered since it was launched in 2004. Most notably the Continental GT Speed iterants and the Continental GT Supersports models with output in the 600 horsepower range.