It's a beautiful weekend morning, the perfect day to take your two-seater out for a spirited race at your local track.Too bad for you if you own a Solstice.
Most circuits don't cotton to the idea of racing roadsters, which spells trouble if you want to take that pretty little thing out for some competition without going through the hassle of installing a roll cage. That's due to change soon, if the 2005 SEMA Auto Show is an indication of things to come, as the General Motors Performance Division debuted a special Pontiac Solstice Weekend Racer concept. The concept shows aftermarket companies just how to turn the hot open-air car into a club racer, with a minimum of upgrades. Most obvious changes include a removable hard top and a larger rear wing, though front and rear fascias were also modified. Added to the mix is an air extraction hood and a bronze paint job. Interior changes include ebony suede throughout, a carbon fiber trim bezel that surrounds the gauges and wraps around the center console, and Sparco racing seats. Performance upgrades include a cat-back performance exhaust system, a race suspension package, and larger diameter disc brakes. 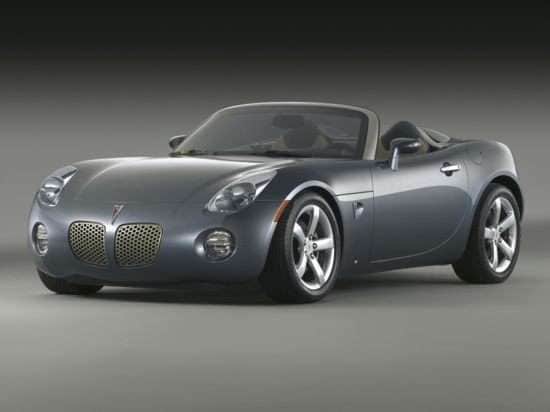