Ken Block and his Flying Ford Fiesta at #SEMA2014

Autobytel was at the 2014 SEMA show in Las Vegas and got to check out the RedBull Global RallyCross event. Like any other car show, SEMA features a lot of cars and models standing still in a convention hall, and even though it’s an exciting event with a lot of new things to see, there’s usually not that much actual action. At SEMA 2014, though, the Red Bull Global RallyCross changed that, giving some cars an excuse to get dirty and giving the crowds a reason to cheer. The Global RallyCross seems chaotic, with a lot of cars hurtling through the air, such as the usual favorites like VW Beetles and Subuaru Imprezas. One Ford Fiesta in particular, though, was the clear champion, and that’s because it had Ken Block behind the wheel. Autobytel’s footage of the 2014 SEMA Global RallyCross is a bit raw, but it captured the excitement of the race. From Autobytel’s vantage point, racer after racer took and cleared one of the course’s huge jumps, ascending through the air and then landing gracefully, zipping by the camera in the opposite direction. Champion Ken Block demonstrated his years of rally experience, navigating the Las Vegas course at SEMA better than all the competition and taking home the win for the event. 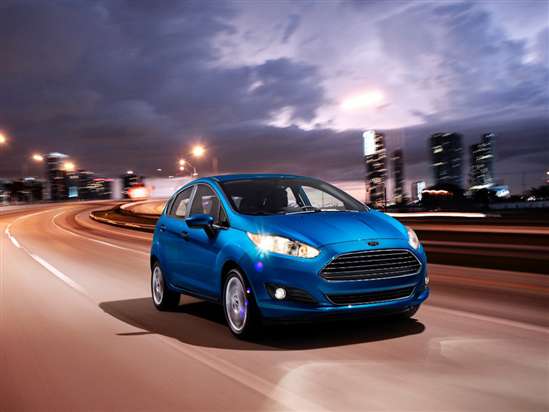 Ken Block and his Flying Ford Fiesta at #SEMA2014