What's New - Pontiac debuts a stunning Solstice Coupe GXP, scheduled to go on sale in 2009 and featuring a removable top, slightly expanded cargo area and reworked rear section. Pricing has not yet been announced.

Why It Matters - By debuting the Solstice Coupe as a GXP model, Pontiac is underlining its intent to be the GM performance brand. With beautiful styling, a removable top and more room inside, the Coupe delivers what the convertible does, plus more.

2009 Pontiac Solstice Preview - 2008 New York Auto Show: It feels like a lifetime ago when the Pontiac Solstice was new. Granted, it was only 2002, but back then the Solstice was the car all enthusiasts were talking about: the classic design, the reemergence of Pontiac, and the whole idea that GM was going to do it for under $20,000.

It was, in a word…stunning.
We were all a little more gullible back then. General Motors did indeed get the Solstice in under $20,000, but did so by sacrificing interior quality and design. The convertible, while stunning in its classic exterior beauty, offered up a frustrating soft top and a noisy, heavy driving experience, and while Pontiac has bought itself some time, it remains a GM brand caught in the middle between high performance cars and high sales performance. Even the debut of the GXP line - with its 260-horsepower engine - only helped to slightly improve Pontiac's plight. Today, that turbocharged 2.0-liter engine is at the heart of the newest Solstice, a stunning coupe that promises as much as the convertible did - and just may deliver on more than looks alone. 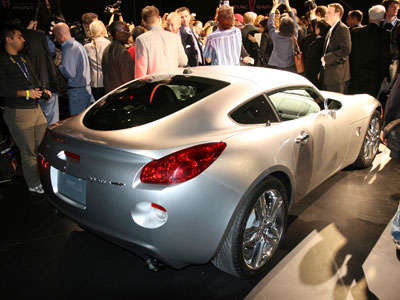 The differences are obvious: this Solstice has a hardtop removable roof and design changes to the rearward part of the vehicle, including a rear duck-tail spoiler, glass back hatch and expanded cargo area. The powertrain and interior are mostly left alone in this update.

2009 Pontiac Solstice Coupe - Under the Hood

Not much has changed under the hood for the Solstice Coupe. It retains the GXP's 2.0-liter turbocharged engine, one good for 260 horsepower. Also similar is its five-speed manual transmission, brakes and other mechanicals. According to GM, they expect the coupe to deliver the same type of performance as the convertible - we hope it's better, even for a GXP model.

In a word, wow. Based on the coupe concept that debuted next to the convertible in 2002, the coupe offers its own unique design, thanks to its removable roof, glass hatch and revised light assembly. Otherwise, it's the same as the convertible - yet distinctly different. 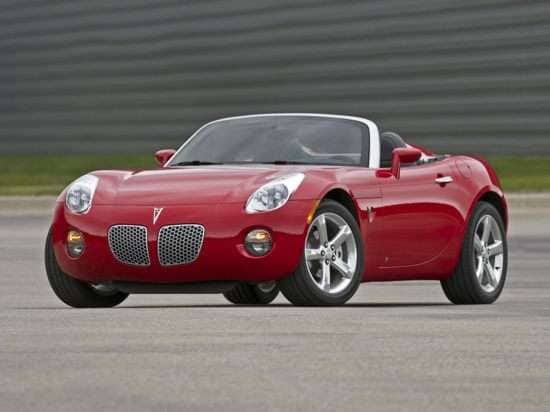