Why the 2017 Jaguar XE Matters:
By Christian Wardlaw

Jaguar wants to put more butts into its leather-wrapped seats, and in order to do so it must make itself more attainable from a financial perspective. The 2017 Jaguar XE is the first of what is expected to be several solutions that will allow Jaguar to dramatically increase sales in coming years.

Debuting on a new aluminum architecture that is also expected to provide the basis for a luxury crossover SUV, one foretold by the love-it-or-hate-it Jaguar C-X17 Concept, in addition to other future models, the new Jaguar XE arrives in 2015. Jaguar says the new compact luxury sport sedan lands on American shores in 2016, which in our opinion means that it is most likely going to be sold as the 2017 Jaguar XE.

Jaguar revealed the XE project in Geneva for two reasons. First, the company wanted to signal that it plans to expand its lineup and make Jaguar more accessible to “a new generation of automotive enthusiasts and luxury buyers.” Second, the company announced its new Ingenium family of 4-cylinder engines that is designed to deliver what the company characterizes as exceptional performance combined with low emissions and impressive fuel economy.

In Geneva, Jaguar confirmed only that the new XE model’s Ingenium engines would displace two liters, that they would be available in gasoline or diesel format, and that they would be produced in a new factory built in the United Kingdom. With that in mind, Jaguar also revealed that the XE model’s engine lineup would provide a wide range of power output, and that the Ingenium engine architecture can be used with rear-wheel drive and all-wheel drive powertrain configurations.

Later this year, Jaguar intends to unveil the new XE sport sedan in its entirety. For now, here’s what key Jaguar executives have to say about the car:

“The new Jaguar XE is every bit a modern Jaguar car; more compact in size but visually striking,” said Ian Callum, Director of Design. “We never forget we are designing a Jaguar car and than means it must be as exciting to look at and drive as it is brilliant to run and practical to own.”

In order to dramatically increase sales and capture luxury sedan buyers when they are younger and less affluent, Jaguar has no choice but to launch a smaller, lower-priced model to slot beneath the XF. Tellingly, the company says that when the new Jaguar XE goes on sale, it will have completed its sedan lineup, indicating that nothing smaller or less expensive than the new XE is planned.

We still remember the Jaguar X-Type, though, which can be picked up on the used car market for about the same price as a Honda Civic of similar vintage. While we certainly would not equate the new Jaguar XE to that historical atrocity, your average luxury car buyer might not be so forgiving. The new XE, then, is arguably the most important Jaguar ever, charged with dramatically increasing the automakers sales while at the same time eradicating memories of its previous foray into entry-luxury territory.

Based on our experience with the new F-Type convertible, as well as the latest iterations of the XF and XJ sedans, we’re going to predict that the 2017 Jaguar XE will be a huge hit. 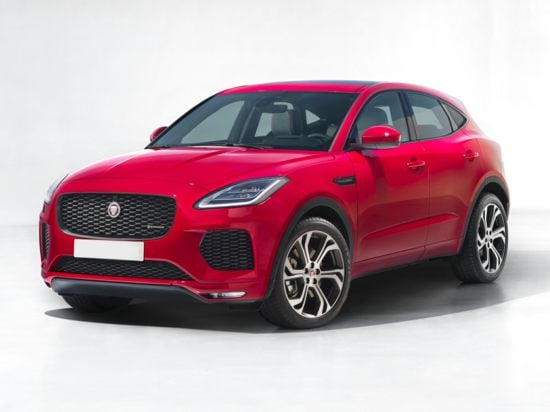