Nissan is currently in the process of kicking off an overhaul of five key products over the next 15 months, and while we've already seen the new Altima and the Pathfinder Concept is a thinly veiled production model, the Beijing Auto Show gave us our best look yet at the new 2013 Nissan Sentra. Called the Nissan Sylphy Concept, the Sentra's Asian-market twin showed off a look that should bring this compact sedan a little closer in styling to the Maxima and the new Altima.

Although the current car has been on the market since 2007, you'd be forgiven if you've overlooked Sentra in recent years with new compact sedans coming along such as the Chevrolet Cruze, Hyundai Elantra and Ford Focus. The new 2013 Nissan Sentra will have a sleeker and more elegant exterior design using current Nissan styling cues (and maybe even a little Infiniti) like the boomerang headlights and the wedge-shaped grille. The new design will also feature Infiniti-like body creases along the side of the car and will replace the car's current vertical taillight design with horizontal lights. Based on a teaser video released by Nissan, the sportier Sentra SR will have a sportier appearance that adds features such as LED taillights and LED headlight accents as daytime running, parking lights or both. The Sentra's new interior will follow the trend of recent compacts and offer more luxury and technology than before. The Sylphy Concept was displayed with perforated leather seats and what appears to be an in-dash navigation system. The 2013 Nissan Sentra will get its official debut this summer at which point Nissan will likely announce all the details including powertrain and possibly even pricing before the car goes on sale this fall.

Following the introduction of the new Altima, Pathfinder and Sentra (in that order), Nissan's other two big product updates include the Nissan Versa Hatchback and the Nissan Rogue. Not much is known about the new Rogue just yet, but, like the Sylphy's display of the new Sentra, the styling of the new five-door Versa can easily be seen by checking out the global version of the car, the Nissan Tiida (shown here). The new designs for the Rogue and Versa will be the second generation for each car, and they will go on sale in 2013. In addition to these five new models, Nissan is also giving the 370Z an updated for 2013 as well as adding the NV Passenger Van.

"Sentra is the third of five all-new core models we'll be introducing in a 15-month product onslaught," said Brian Carolin, senior vice president, Sales and Marketing, Nissan North America. "The all-new Altima goes on sale this summer and will be followed closely by the all-new Pathfinder and Sentra. And when the next two new models launch in 2013, we will have refreshed 75 percent of our volume, rewarding our loyal owners and attracting new customers into Nissan showrooms." 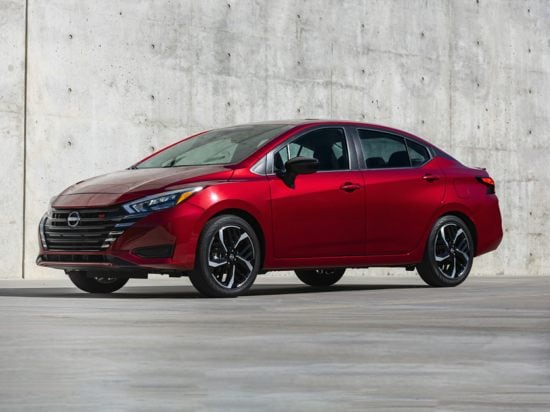